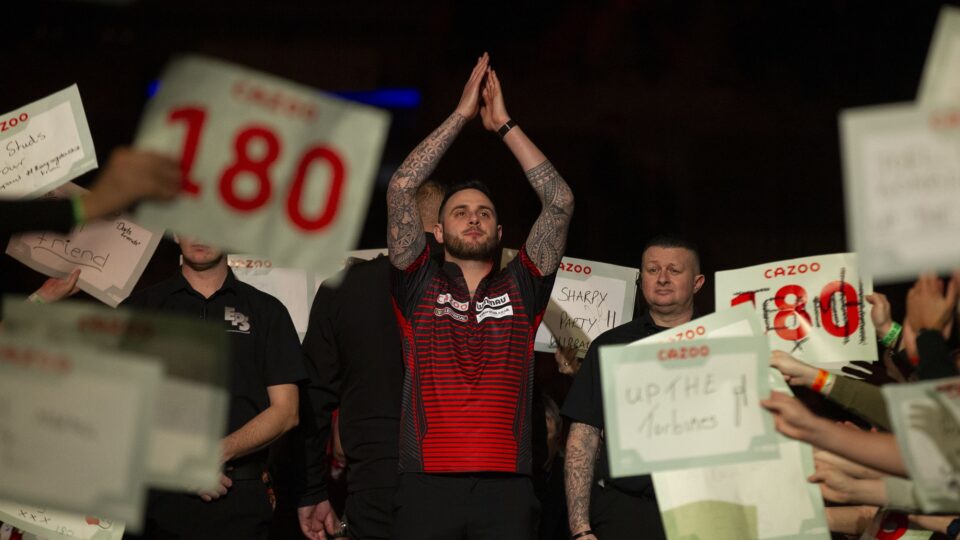 Joe Cullen moves into play-offs with a win over Jonny Clayton at the O2 Arena.

The Rockstar overtakes Snakebite into fourth spot and the pair will play next week in Newcastle in a straight shootout for the playoffs.

There was still good news for Jonny Clayton though, his progress to the final secured him top spot of the league table.

He becomes only the fourth man to top the league after Taylor, van Gerwen and Glen Durrant.

He defeated Gerwyn Price and Michael Smith before being beaten by Cullen.

Michael Smith beat an out of sorts MVG in a scrappy quarter final. He won a deciding leg after the Dutchman missed match darts.

However, Bully Boy’s loss in the semis means he will miss out on Berlin.

Gerwyn Price also misses out after his first round loss to fellow Welshman Jonny Clayton 6-3.

James Wade lost on his return from illness to Peter Wright, but the Scot will now have to beat Cullen next week to book his flights to Germany.