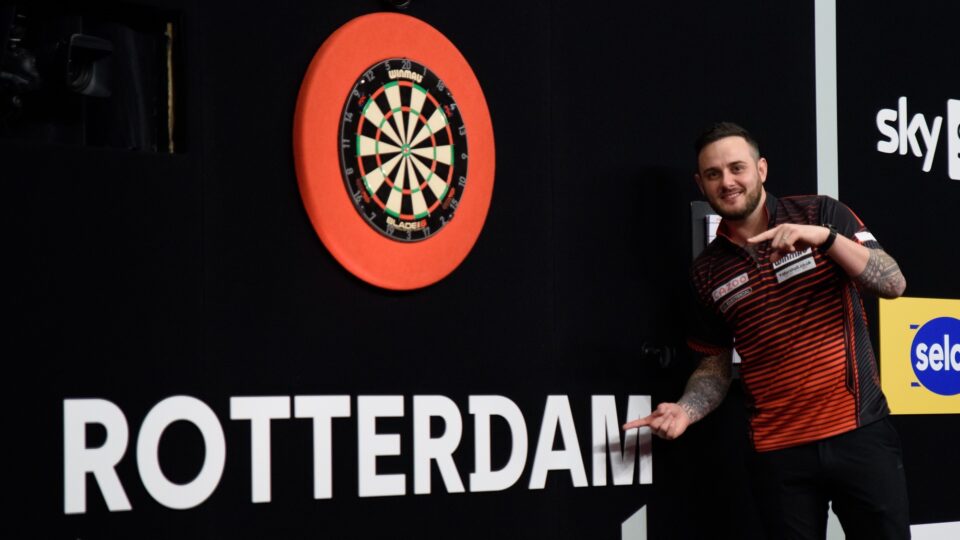 Cullen had had a shaky start to his Premier League career, sitting at the bottom of the table heading into the night, but wins over Gary Anderson, Peter Wright, and Van Gerwen saw him become the sixth different winner in the first seven nights.

Cullen’s first taste of the Ahoy atmosphere was almost fleeting, as he was defeated 6-5 in the quarter-finals by last week’s winner Anderson after surviving four match darts.

After defeating world number one Wright 6-4 in the semi-finals, the 2022 Masters champion advanced to his second final of the year, where he won the £10,000 bonus.

“It’s great to get the win, there’s nothing better than playing a Dutchman in their backyard,” said Cullen.

“The crowd was unbelievable. I thought playing Jonny Clayton in Cardiff was special but this tops it.

“It’s a special night for me, especially to get the five points because I was struggling a bit at the bottom of the table but now I’m back.

“I don’t think I played much better than I did last week, the Premier League is tough every week.

“I think the new format has helped me out, winning five points tonight keeps me right in the hunt for the Play-Offs.”