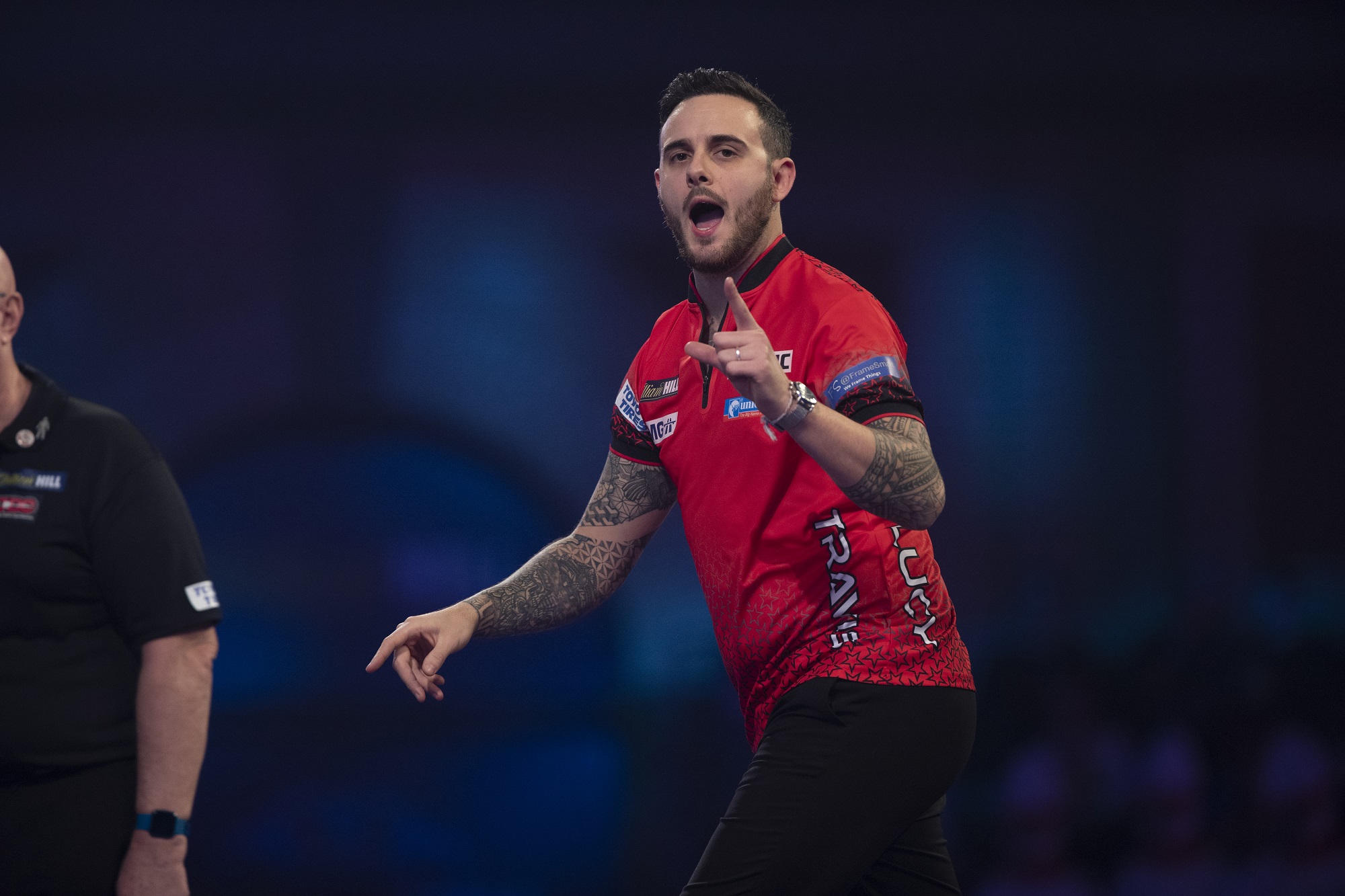 The Rockstar, who won the first floor title of 2021, won his second by defeating Michael van Gerwen in the semi final, and Gerwyn Price in the final.

Cullen was the number one seed on the Pro Tour heading into the day. With this win, he now increases his lead at the top of the Order of Merit.

Despite not hitting the astronomical averages that he has done previously on the Pro Tour this year, it was a mainly comfortable day for Cullen in Milton Keynes.

Wins over Steve West, Mike De Decker and Martin Atkins saw him into the last 16, before fighting back to beat Ian White 6-5 with a 105.9 average. He cruised past James Wade in the quarter finals, before producing an excellent doubling display against Michael van Gerwen, winning that game 7-2 to progress to the final.

There, he met Price, who played his first tournament in over three months after testing positive for COVID-19 and missing the Premier League. After starting with a last leg victory against Joe Murnan, more straightforward wins over Ciaran Teehan, Eddie Lovely and Steve Beaton saw him reach the last eight.

In a tight tussle against Gary Anderson, the man who he beat to lift the World Darts Championship in January, Price fought hard to win 6-5 and make the semi final. He then beat fellow countryman Jonny Clayton 7-1 with a 104.4 average to face Cullen.

The Rockstar came out of the blocks quicker, racing into a 2-0 lead. However, a 122 from Price got him on the board, before going ahead for the first time 31 darts later. Cullen though fought back, winning three legs on the spin in 46 darts to take a 5-3 advantage.

Both players held twice, before The Rockstar found a 16 dart break of throw to go within one of the title. However, he missed three darts to clinch it in the next leg, allowing Price to find double 10 to trail 7-5. After a comfortable hold to cut the gap to 7-6, The Iceman squandered two darts to level the game and force a decider. Cullen eventually found double eight to win the game 8-6 and secure Players Championship 13.

Despite only making the semi finals, it was still a good day for Premier League champion Clayton. Victories against Sean Fisher, and two last leg deciders against Geert Nentjes and Mervyn King got him to the last 16. A 111.7 average saw him beat Steve Brown to make the last eight, where he beat Dirk Van Duijvenbode before his last four defeat to Price. It means that he jumps into the seeds for the Betfred World Matchplay, becoming seed number 16.

While it was not a vintage day for Van Gerwen, there will still be some positives for the Dutchman to take. He beat Jake Jones, Ryan Meikle and Martin Schindler to win his board, before surviving match darts against Mickey Mansell to win 6-5. MvG then thrashed feelow Dutchman Martijn Kleermaker 6-1, averaging 107.7 in the process, but could not get going in the semi final against Cullen.

The big winner of day one of the PDC Super Series however was Kleermaker. Before his loss to Van Gerwen, he battled to wins against Jeffrey De Zwaan, Chas Barstow and Maik Kuivenhoven to set up a last 16 game against Adrian Lewis. Fighting back from 3-0 down, the Dutchman won 6-4 to move into the final qualifying spot for the World Matchplay as it stands.

Ryan Searle, who held that place at the start of the day, let a 5-1 lead slip to Steve Brown in the last 32. That loss allowed Kleermaker to take that spot, but remains just £250 behind him. If he betters Kleermaker’s day tomorrow, Heavy Metal will be back in the qualification spots.

Elsewhere, Jose De Sousa hit a spectacular 127 average in his 6-0 victory over Willie Borland in round one, before losing to Justin Pipe in round two. Dave Chisnall also hit a 120 average in his first round whitewash against Ted Evetts. He lost to van Duijvenbode in round three.

Finally, congratulations to Niels Zonneveld, who hit a nine darter in the first leg of his round two game against James Wade. Unfortunately, Wade would go on to win 6-2, en route to his quarter final loss to Cullen.

View all the results on day one of the Super Series here.