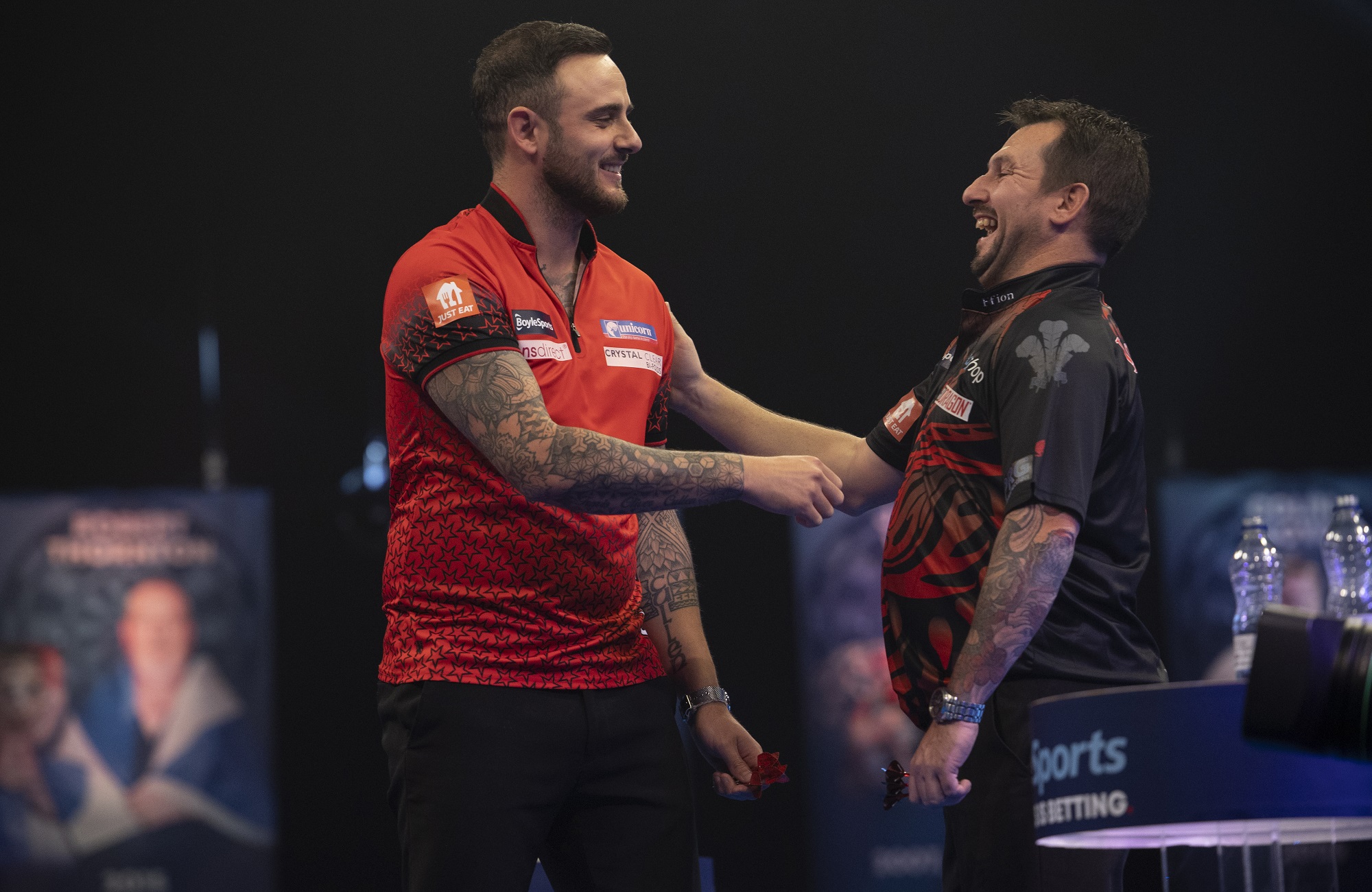 Joe Cullen won day one of the PDC Super Series in Bolton, coming through a nail biting final against Jonny Clayton.

The Rockstar, who won the final floor tournament in 2020, battled his way through a tough day to reach the first title decider of the Players Championship season in 2021.

Cullen came from 2-0 and 5-4 down to to take leads, before eventually battling through a last leg decider to win his sixth title in the PDC.

Elsewhere, day one of the PDC Super Series saw:

In the last floor tournament, Cullen came from 5-0 down in his opening match to win 6-5, launching him to the last Players Championship title in 2020. He once again began with a 6-5 victory, this time against Ryan Meikle.

The Rockstar improved, with high averages against Ryan Murray, Scott Waites, Chris Dobey and Gabriel Clemens setting him up a semi final against Nathan Aspinall. From 4-3 down, he dug deep, winning the last four legs to make the final.

There, he met good friend Clayton, who’d been in imperious form most of the day. Wins over Maik Kuivenhoven, Adam Gawlas and Alan Soutar saw him win his board, before he registered a 104 average to beat Lewis Williams, and a 99.5 average to beat James Wade. A semi final whitewash over Jon Worsley, with a 109.6 average, saw him as the favourite.

Clayton, the winner of the most recent in The Masters, started brighter, racing into a two leg lead. However, a bust checkout in the third leg gave Cullen a way into the final. He took advantage, winning three straight legs to go 3-2 ahead.

The Ferret won two more legs to go back in front, before missing five to go 5-3 ahead. The Rockstar punished, hitting double 16 for a 20 dart leg to level. Three holds of throw saw Cullen move into a 6-5 lead, before finding double ten to break and go within one.

However, Clayton hit a magnificent 108 checkout to break, before levelling with a 13 dart to force a decider. There, Cullen left 90 after nine darts, before missing three darts for the title. With Clayton far back though, the Bradford boy found double ten once more to win 8-7 and take home the first floor title of 2021.

Jon Worsley was the big surprise on day one of the PDC Super Series. The Welshman, who won back his Tour Card at Q-School, beat Ryan Joyce, Damon Heta and Michael Smith en route to his semi final defeat to Clayton.

Smith though produced the first nine dart finish on the Pro Tour in 2021, hitting the perfect leg in his first round victory over Geert De Vos. The Bully Boy also hit a 170 Big Fish checkout to win his last 16 game against Vincetn van der Voort.

Nathan Aspinall looked in good form to start the year, before running into Cullen in the semi final. Aspinall knocked out Rob Cross, who also produced some of his best darts in nearly 18 months.

Gary Anderson also won a World Darts Championship Final rematch against Gerwyn Price in round two, while Peter Wright fell in the second round, averaging just 76.5 in a 6-1 loss to Michael Unterbuchner.

View full results from day one of the PDC Super Series here.

The PDC Super Series resumes tomorrow at 14.00 GMT. We’ll have a Live Blog right here giving you every result.