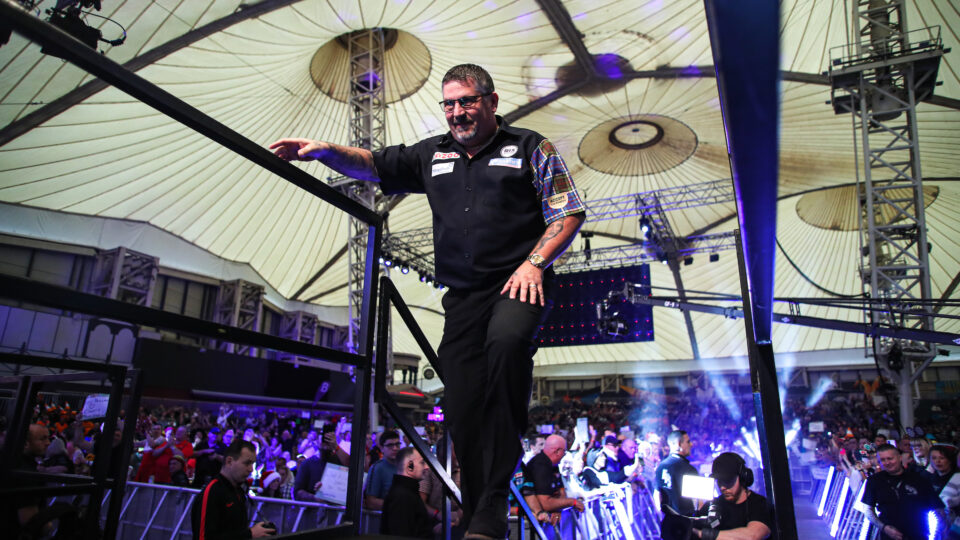 Gary Anderson the truth about missing the Grand Slam of Darts

For the first time ever Gary Anderson missed the Grand Slam of Darts, as he hadn’t qualified outright for the tournament and chose not to enter the PDC qualifier.

Anderson’s absences ended a 15-year run at the Grand Slam that started in 2007 that will have a knock-on effect on his PDC ranking.

For the first time, Anderson has spoken about his reasons for not entering the qualifier.

“I wasn’t good enough and I’ve not been good enough over the last 2 years. I’ve always played that Grand Slam by doing something, winning a major or runner-up in a major. I’ve done nowt so I don’t deserve to play in my favorite tournament. In my head that’s the way I look at things.”

“To miss it through my own stupidity and laziness is my own fault. I’ve heard rumours it’s going back to the old Civic Hall and I love the Civic, I just hope they’ve not changed it too much.”

“Off and running, not quite. I got through that’s as good as it gets. It was some good stuff in there, I think I was 1-0 down and played really well the next two to three legs but there was a patch in the middle where we were both shocking,”

“I was expect everyone to be snowed out and it to be nice and quiet,” referencing to the UK Open win behind closed doors. “I’m only 20 miles up the road, it still takes an hour and 20 minutes to get here though but it’s nice and handy.”

“I’m putting a bit more. After this weekend, we’ve shut the lakes a few days a week so it forced me now to get on the board. It’s getting there.”