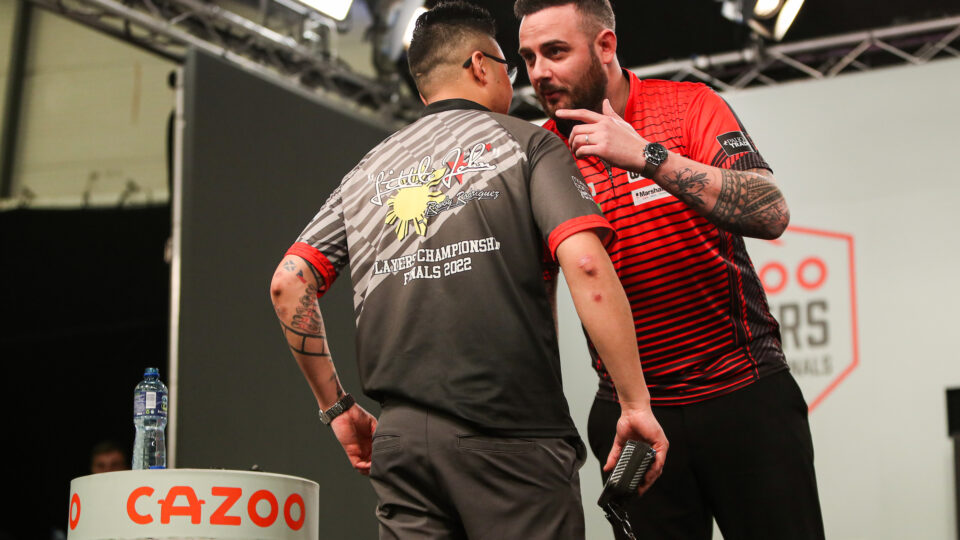 Huw Ware, the referee, had a conversation with Rowby-John Rodriguez about being in the exclusion zone, which he believes changed the game.

Cullen feels the time of the warning was unfair and should have been done at the end of the leg instead of during, as it put both players off.

“They were saying Rowby was in the exclusion zone when I was throwing which doesn’t affect me at all. He could stand right behind me, I don’t move a great deal when I throw anyway. I spoke to Rowby afterwards and he said it messed with his head a little bit which I could see and I could feel. It was an odd one. I think the timing of it was the problem. Maybe wait till the end of the leg to address it but Huw’s a fantastic ref.”

“I actually put a complaint in to the tournament director, Graham Fairhurst that we shouldn’t be starting at this time but it’s out of everyone’s hands because if England are playing at the same time the darts is on, no-ones going to watch the darts. Everyone wants to watch England except me because I am not patriotic at all.”

“I’ve got a pretty shocking record here but a win is a win but it was scrappy especially early doors, I think I played a little bit better probably the last half of the game but I would have took any sort of win as I’ve got a terrible record here, it’s actually catching up with the World’s