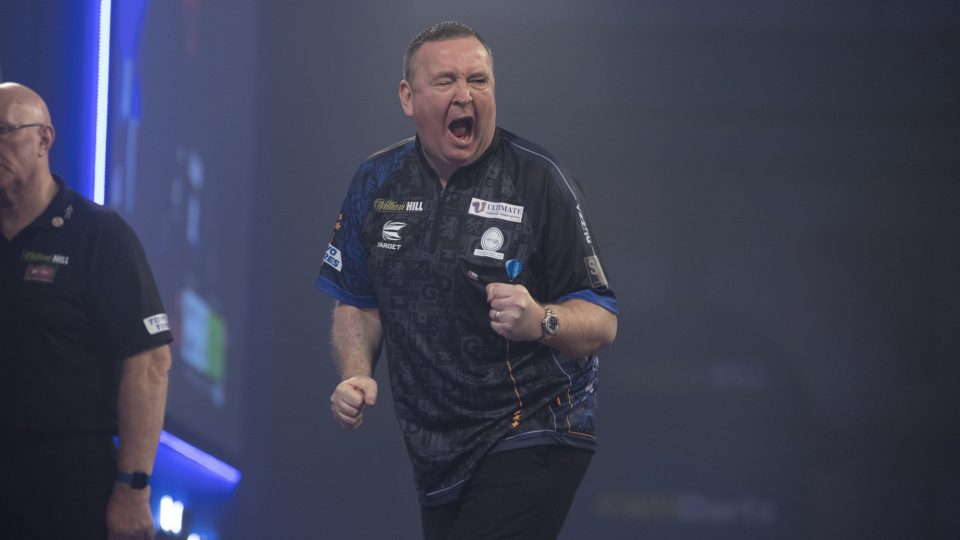 Glen Durrant has hinted at retirement if he were to win the 2021 PDC World Darts Championship.

The three time BDO World Champion beat Danny Baggish 4-2 on Monday evening to move into the last 16 of the event for the second straight year. He sets up a meeting with World Grand Prix finalist Dirk van Duijvenbode.

After the match, Duzza explained that he’s happy to be flying under the radar at this year’s event, as well as suggesting this would be his last ever World Darts Championship if he won it.

“I’ve come to the PDC, and it’s different gravy”

When asked about whether he was potentially looking at retirement if he were to lift the Sid Waddell Trophy, Glen Durrant hinted that could be the case.

“I might do a lap of honour and have a year on the circuit, but I don’t think I’d be a two time PDC champion or three time.

“I think if I won the PDC World Championship, it would be one time only. I’m a three time Lakeside champion, and I want to be a one time world champion.

“I’ve took some stick over that, but that’s the way I feel. I’ve come to the PDC, and it’s different gravy. The competition is immense.”

Durrant was also happy to be flying under the radar during this year’s World Championship, compared to last year’s.

“I’m sat at home… I was on TV on the betting at about 28/1. Glen Durrant is about sixth or seventh favourite. The night starts and I’m like ‘oh, which photo are they using,’ I’m not even there.

“I’ve played Diogo, I’ve beat him… people aren’t believing in me. I believe in me. I’m the forgotten man. No one is interested in me this year.

“I went for interviews… I was on the Lisa Ashton night, I only got one. Last year I was doing seven or eight. People were saying ‘Glen Durrant is the outsider, he’s had a fantastic year.’ It’s only like two months ago I was Premier League champion.”