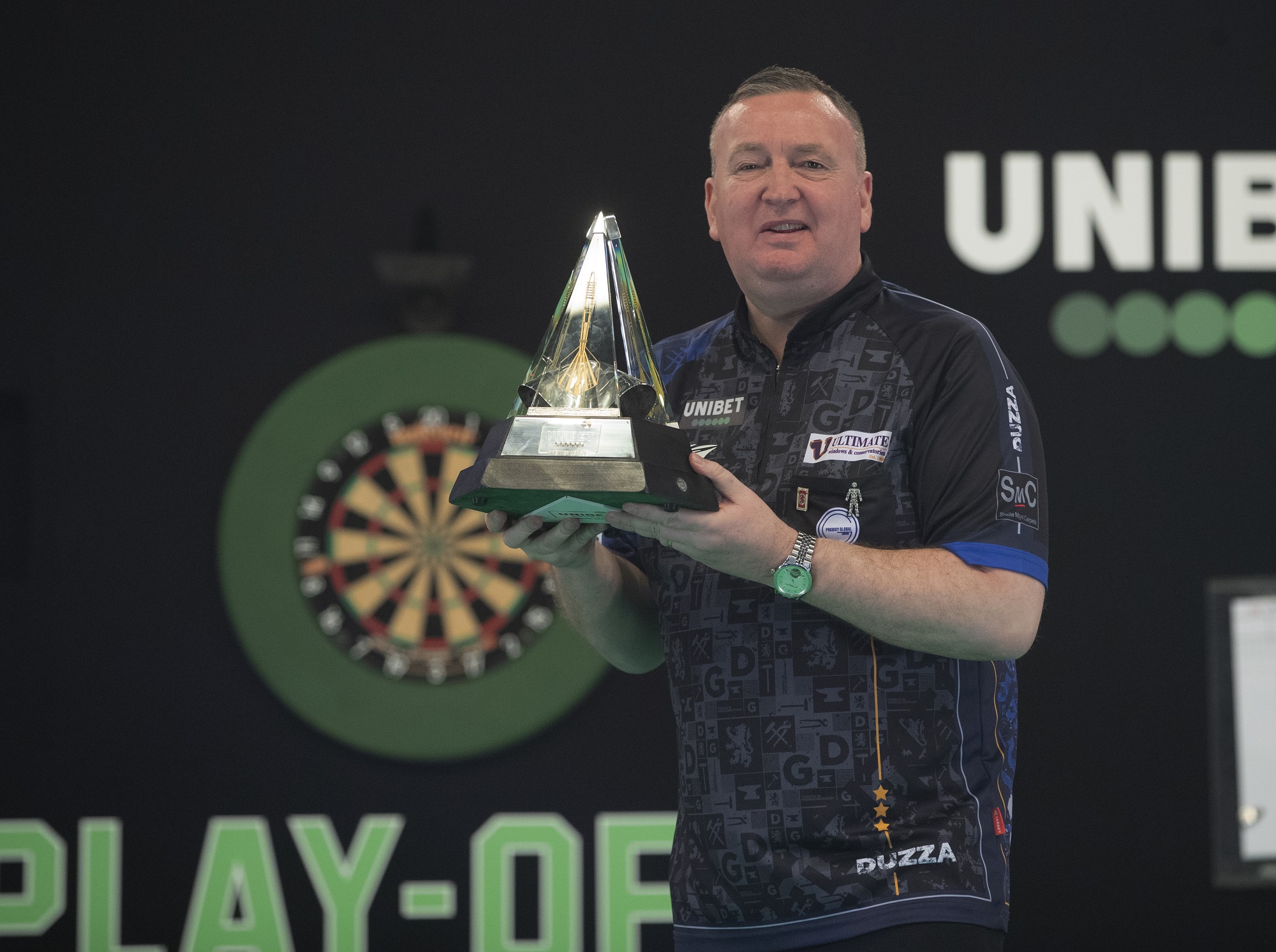 In a game that had 13 straight holds of throw, Durrant capitalised to win five of the last seven legs and take home his first ever PDC TV title.

Both players began the 2020 Premier League final cautiously. Aspinall missed double 13 for an early break, which set the tone for missed doubles throughout the match. Durrant eventually cleaned up the first leg, and three holds of throw later, the score was level at 2-2.

The Asp then missed two darts to claim a break of throw, before Duzza hit double five to hold once again. It would be the Teesider would miss a chance to break in the next leg, as he could not find double top for a 116 shot. Aspinall showed him how to find it, hitting double 20 for a 20 dart hold and level game at 3-3.

After holding throw, Durrant missed another opportunity for a break, this time not finding double 16 for a 104 shot. Instead, Aspinall hit double ten to level at 4-4, before both players missed chances to win the ninth leg. It would be Duzza who won it, finding double eight to lead 5-4. A comfortable 13 darter for The Asp meant the game was level at 5-5 going into the interval.

Durrant showed why he finished top of the league after the interval. After both players held their throw for 6-6, he would then punish Aspinall missing tops for a second straight ton plus finish, hitting 25 for a 17 darter.

The turning point of the contest came in the next two legs. First, Aspinall missed five darts to keep the game on throw. Durrant, after missing bull on 70, would clean up 25 for the second straight leg to get the first break of the match and lead 8-6. Then, after The Asp missed a double 12 for a break straight back, Duzza showed why he’s one of the best finishers in the game. He pinged a magical 127 on double eight to consolidate the break and take a 9-6 lead.

Despite Aspinall holding throw twice to take the game to 10-8, it only delayed the inevitable. Duzza could afford to miss four at double 16 with the former UK Open champion miles back, before finding his favourite double at the fifth attempt to eventually win the match, bringing an emotional rollercoaster of a game to an end.

Durrant, who had won two Pro Tour titles before this evening, let out a sigh of relief and put his arms to the sky. The three time BDO World Champion now becomes the sixth player to win the prestigious crown.