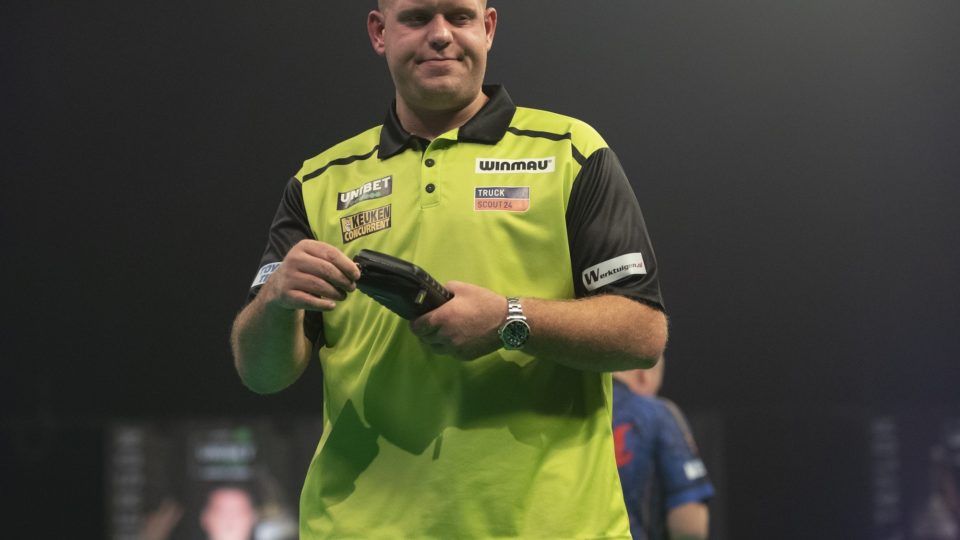 Michael van Gerwen crashes out of the PDC Premier League.

Night 16 of the PDC Premier League, was an all or nothing night with everything on the line. All four of the games had something riding on them. At the start of the night, the only sure thing was that Glen Durrant was heading the O2 for finals night. Three spots were up for grabs, with five players all looking to book their places at the O2.

The first game of the night was a repeat of that 2018 Grand Slam of Darts final, as Gerwyn Price took on Gary Anderson. Price needed a big win to stand any chance of making the top four. Anderson was all but at the O2 but still had a bit of work to do. It was a match that Price dominated, not even a 170 finished got get Anderson back in the game. It appeared that Anderson picked up an arm injury during the early part of the match. Price ran out 8-3 winners, doing his role in a big win. Now Price would have to wait and see if it was enough to take him to finals night. The defeat was also damaging to Anderson, as now the chancing pack could catch him.

The second game of the evening was Michael van Gerwen against Daryl Gurney. After the first game, MvG knew if he could win 8-3 or better, then he would book a place in the top four. Gurney had nothing to play for other than pride. What happened next I’m not sure anyone saw coming! Gurney would find himself in a 6-0 lead over the world number one. It was more the manner in performance from MvG was a considerable concern, as the best player in the world looked a shadow of himself. Gurney looked in total control running out 8-2 winner, knocking out van Gerwen. This was the first time that MvG hadn’t made the Premier League finals night.

With the result of the second match, it meant that Gary Anderson was assured of a place at the O2. Also, it had a barring on match number three, as Peter Wright had also qualified, it was just in which position snakebite would finish. Wright was taking on Michael Smith; Bullyboy again had nothing to play for but pride. Wright raced into a 7-2 lead, before Smith fought backing winning three legs on the spin. It wouldn’t be enough as Wright won the single-leg he needed to book the two points. Wright winning 8-5 and giving him second spot in the table.

The last match of the night saw league winner Glen Durrant and Nathan Aspinall do battle. Because of the results in the other games, Aspinall knew he needed a point to push his way into the top four and knock Price out of the place. Aspinall was at from the outset, with some big ton-plus finishes including 124 and the big fish 170. Durrant couldn’t find the answers this time around. The outpouring of emotion from Aspinall was there for all to see, and how much it meant to him. Almost in tears, Aspinall ran out 8-2 winning. The result meant there would be two debutants in the playoffs for the first time.