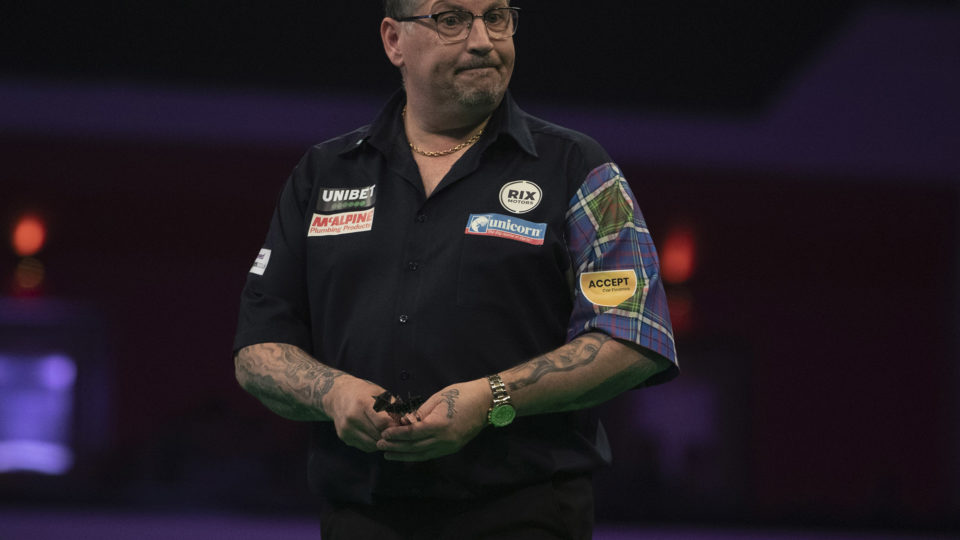 Gary Anderson will not play in the upcoming Autumn Series and World Series of Darts Finals.

The Flying Scotsman, who was runner-up at this year’s World Matchplay, and made the Premier League top four on Saturday, stated travel concerns as the reason for withdrawing.

He will be replaced in the World Series by Krzysztof Ratajski. James Wade will become the eighth seed.

It means the BoyleSports World Grand Prix will be the next tournament he will be involved in.

Anderson recently admitted to Online Darts in an interview he was nervous about travelling to countries on the UK government’s quarantine list, due to coronavirus pandemic. Now, he has decided to not play in both events.

In a statement, Gary Anderson said:

“We’ve been discussing the Autumn Series for a few weeks now and I’d be delighted to play in it if it was in the UK.But every time I turn on the news I see another country removed from the travel corridor and infections rising around Europe and the rest of the World.

“I’m just not comfortable with the travel involved right now. I need to fly and although I’m confident in my mask wearing and adhering to all the things I should do, I have little faith in other people- I’ve watched people outside from the safety of the Milton Keynes bubble and there seems little regard for safety and distancing, so imagine that multiplied on a plane! I don’t want to risk my health or the health of the family.

“I’m disappointed for my sponsors and fans that I won’t be there, but I’ve always said health and family are my priority.

“The PDC have made Niedernhausen a bubble and players will be tested, and Salzburg is a bubble – but I still need to fly to get to these places and even driving would mean transiting through non travel corridor countries and they are on a red list for a reason.

“I’ve been playing well at the Premier League but I’m afraid that flying is a risk I’m not willing to take.

I’ve now got the World Grand Prix in Coventry to look forward to next.”

The Autumn Series will take place in Niedernhausen, Germany from Saturday 12 – Tuesday 16 September. There will also be a World Series of Darts Finals qualifier to take place the night before.

The World Series of Darts Finals will take place in Salzburg, Austria from Friday 18 – Sunday 20 September.