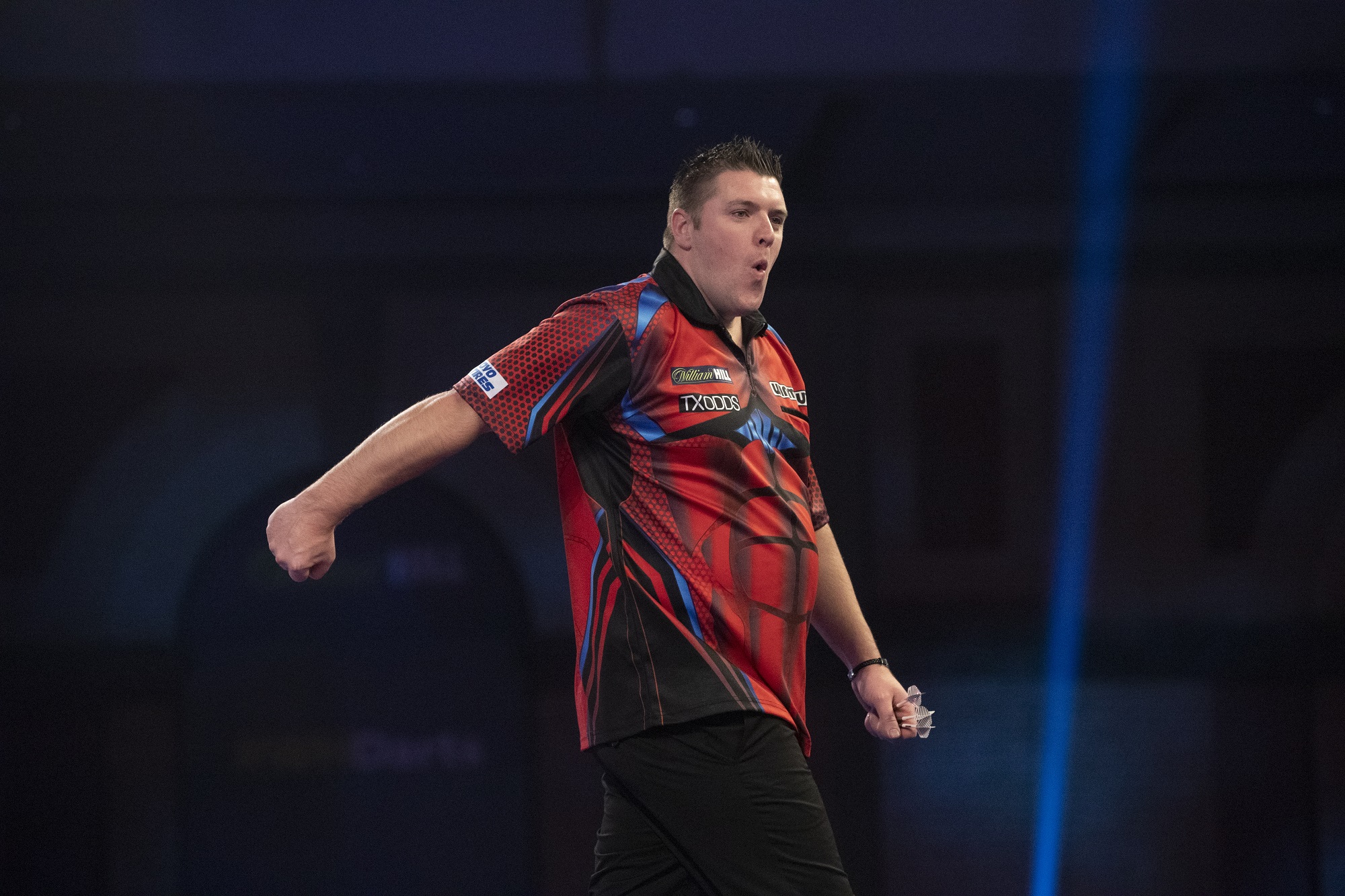 Daryl Gurney came through a severe examination by William O’Connor on day three of the World Darts Championship.

Superchin, who’d not won on TV in seven games, went 2-0 up with some sensational darts. However, O’Connor would fight back to level at 2-2, before Gurney came through in the fifth and deciding set.

The other seed in action Jose De Sousa also won, beating in form Ross Smith 3-1 for his first ever win at the event.

Having not won on TV since the World Series of Darts Finals, Gurney looked determined to end that streak in the early going of the match.

The break in between tournaments seemed to have done him the world of good. He dropped just one leg in the opening two sets, winning the second in just 39 darts averaging 107.2.

O’Connor came out of the second interval more determined, as the third set went to a deciding leg. There, Superchin missed four match darts to  wrap up the game comfortably, allowing The Magpie to find double four for a 23 dart hold and a first set on the board.

This gave O’Connor a spark, and he took advantage, finding a 122 checkout en route to a 3-1 fourth set to level it up at 2-2, with him getting the darts in the final set. However, a missed dart at double 16 in the first leg cost The Magpie. Gurney would punish, finding double 12 before wrapping it up 3-0 in 30 darts to survive the fightback. Superchin will face Chris Dobey in round three.

It certainly did not look like it would be plain sailing for De Sousa either in the final game of the day. Smith, fresh off a good win v David Evans yesterday, stormed the opening set, winning 3-0 in 49 darts as De Sousa missed chances to get on the board.

The Special One looked more settled after the break, capitalising on two missed darts from Smudge to hold. Despite a 136 checkout from Smith to level, the Grand Slam champion took 32 darts to win the remaining two legs and level the match.

The moment which turned the match in De Sousa’s favour came in the third leg of the third set. With the score at 1-1, Smith bust his score on 92, and then missed double 16 at the second attempt for it. The Portuguese number one, who’d missed double 18 the visit before for the leg, found double four with the last dart in hand to break, going on to win the third set 3-1.

A 127 from Smith saw him break at the start of the fourth gave him a glimmer of hope, but De Sousa levelled straight away with a 14 darter. 32 darts later, and after more missed doubles from Smith, The Special One found tops to win the set and the match 3-1. He’ll face either Mervyn King or Max Hopp in round three.

Foulkes started outstandingly, whitewashing the Belgian in 44 darts to take the opening set. That’s despite miscounting in the final leg, hitting a 144 checkout instead of a 164. He’d come back and find double five for the 20 remaining points.

De Decker found a break in the first leg of the second set, before missing three to hold. There, Foulkes punished him, hitting double three to level. A 72 shot on the bull, followed by a double ten, gave Foulkes the second set 3-1.

The young Belgian looked to be back on track in the third set, finding a 117 to go 2-1 up. However, Foulkes would complete the whitewash, holding before hitting double eight to take the set 3-2 and the match 3-0. The Japanese player will face Brendan Dolan in round two.

Jamie Lewis produced a stunning comeback against Luke Woodhouse on day two of the World Darts Championship. He was 2-0 down, but won 3-2 to set up a second round clash against countryman Gerwyn Price.

Woodhouse started the match imperiously. Lewis turned down a shot at the bull in the second leg, and Woody punished him, hitting a 145 outshot en route to a whitewash first set. The second set went to a last leg decider, but the Bewdley man found a 101 in the deciding leg to go 2-0 ahead.

Lewis though came out determined in the third set. A 12 darter in the first leg saw him break throw, as he won the set on double 10 to trail 2-1. The Welshman then punished missed darts from Woody in the fourth set, finding double 10 for a second straight 3-1 set to level up at 2-2.

The former Worlds semi finalist then saved his best for when it really mattered. After Woodhouse missed tops for a 2-0 lead in the final set, Lewis took out double nine for an 85 shot to level. That gave Lewis the spark he needed, and produced back to back 11 darters to win the set 3-1 and complete the fightback.

What else happened on day three at the World Darts Championship?

Heavy Metal found a 121 to whitewash the third set, before missing four in the fourth set for the match. The American pounced, hitting double ten to force a deciding set.

With the score at 2-1 to Searle, the former Pro Tour winner missed another four match darts, as Lauby missed six to force a decider. Heavy Metal found double one to bring an end to one of the best games of the week so far, and set up a tie with Jeffrey De Zwaan in round two.

Ron Meulenkamp overcame a dangerous opponent in Boris Krcmar. The Croat won the first set 3-0 with three straight 15 darters, but The Bomb responded with a whitewash second set of his own and never looked back. A 13 darter in the deciding leg of the third, followed by a 3-1 fourth set, gave Meulenkamp the victory. He plays Vincent van der Voort in round two.

Madars Razma hit treble 19 49 times in his 3-0 win over Toru Suzuki. Despite being nowhere near his best, the Latvian did enough in the deciding legs of sets, winning each 3-2. He’s the first player from Latvia to win at the event, and faces Gary Anderson in the second round.

In form Ryan Murray came through a tension filled match against the Philippines’ Lourence Ilagan. With the score at 1-1, Muzz Lightyear turned the game in his favour by winning the final leg of the third set to go in front, and then by breaking the Ilagan throw in the first leg of the fourth. A 3-1 win for Murray sees him into round two, where he faces world number one Michael van Gerwen.