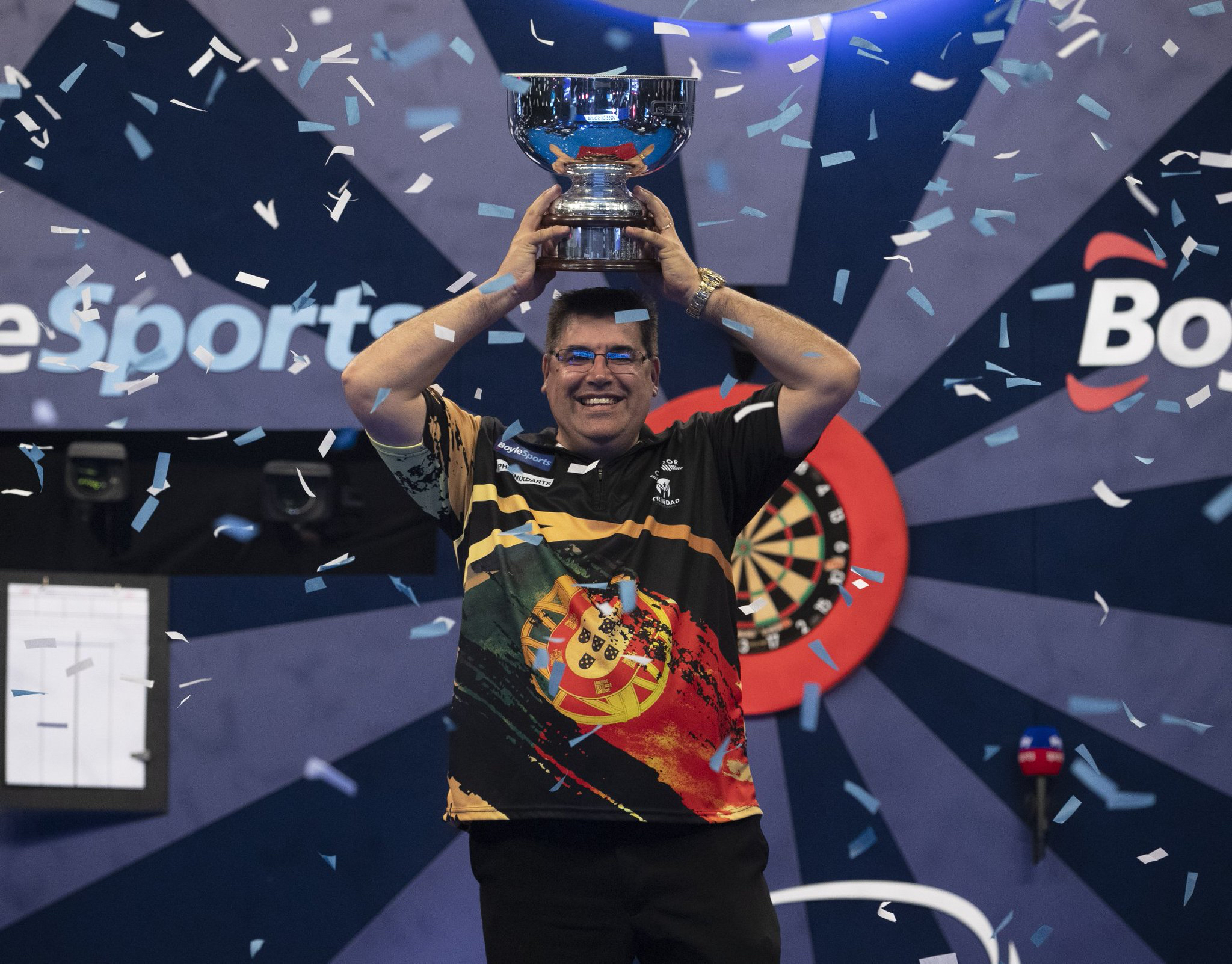 The Special One defeated The Machine 16-12 to become the first ever Portuguese player to win a televised PDC title, ending the match with an astonishing 158 checkout.

It also moves De Sousa to number 15 in the world, putting him inside the top 16 for the first time in his career. Wade also moves up a place this week, as he goes to world number seven.

Wade capitalises on slow start for Special One

De Sousa looked understandably nervous playing his first PDC TV final. He missed eight darts to win the first two legs, before surrendering an early double break to Wade, as The Machine hit a 78 checkout to go 3-0 ahead. The Portuguese player though would get one of the breaks back, before holding to trail 3-2 at the end of the first session.

Two holds followed, before Wade missed four darts to keep the lead. De Sousa, who’d hit a 180 the previous visit, punished the three time Grand Slam finalist, hitting double 18 to level. Wade then another break of throw, before De Sousa hit a fantastic 130 checkout to level at 5-5. The third session saw five straight holds, with the Special One taking an 8-7 lead after 15 legs.

De Sousa came out of the third break firing, hitting a 13 darter to break the throw and go 9-7 up. He consolidated the break, before Wade found a stunning 161 to keep in the contest at 10-8. However, the Portuguese number one continued to run away with the final, winning two legs in 31 darts to seal a 4-1 mini session and lead 12-8 after 20 legs.

Wade would break back with a 92 outshot, before hitting a 120 checkout to move within two. However, De Sousa kept his cool, holding twice more to take a 14-11 lead into the final interval, with Wade missing double eight to move within one.

Both would break once more, leaving the score at 15-12 to De Sousa. Wade had left himself 56 after 15, before the Special One produced a special outshot. He hit a 158 finish to win the game 16-12, and capture his first ever PDC televised title, bursting into tears as he hit double 19 to win it.