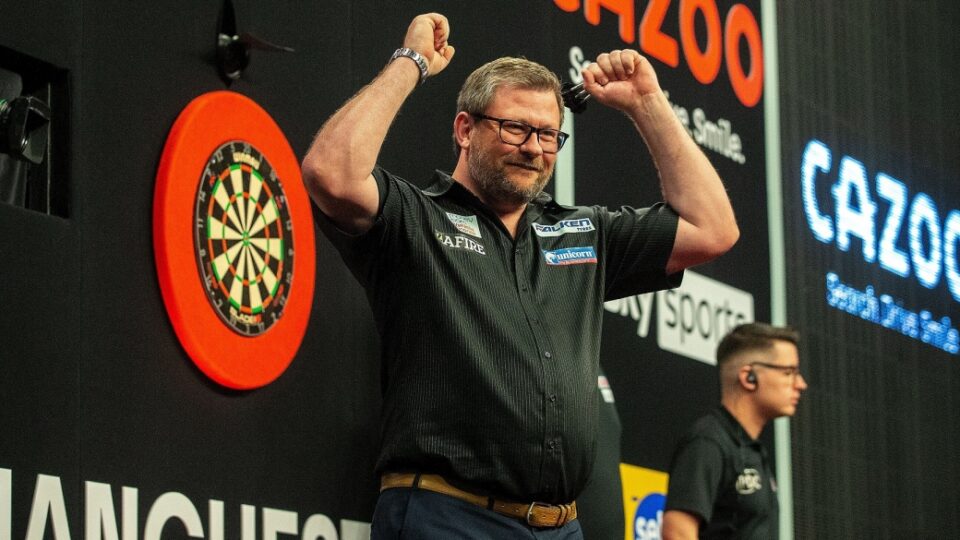 The 2022 Pro Tour season concluded in Barnsley on Saturday, with James Wade edging out a resurgent Steve Beaton in the Players Championship 30 final.

Wade came back from 5-2 down to win the £12,000 top prize at the Barnsley Metrodome, winning six of the final seven legs to complete an 8-6 victory.

Beaton was in his first Pro Tour final since 2017, but it was ten-time TV title winner Wade who took the spoils, claiming his first PDC ranking title since a UK Open victory in March 2021.

The Aldershot ace got off to a slow start in Saturday’s showpiece, which began with five consecutive breaks, before Beaton followed up a clinical 77 kill with a pinning double four to lead 5-2.

Beaton also had a dart at bull to extend his lead to 6-2, but after Wade cut the deficit to 5-4, the left-hander recorded back-to-back 13-darters to take the lead at 6-5.

Wade then converted a stunning 125 finish to move to the brink of victory, only to squander a match dart at tops as Beaton saved his hopes with a two-dart 76 skin-saver.

Beaton appeared to be on the verge of forcing a dramatic decider, but Wade had other plans, conjuring up a nerveless 101 finish to seal the victory.

“I needed that,” revealed Wade, who extends his haul of Players Championship titles to 18 following his first ProTour triumph since July 2020.

“I think I’ve got a little bit of love back for the game. It’s a new chapter for me and I’m really keen again.

“It’s my own fault that I’m in the position I’m in. I’ve been lazy, complacent and that’s why I’m finding myself playing in the Grand Slam qualifier tomorrow.

“If you’re hungry and you’re keen, you win titles. If you’re not, you don’t. I need to win, because I need to get back up the rankings.”