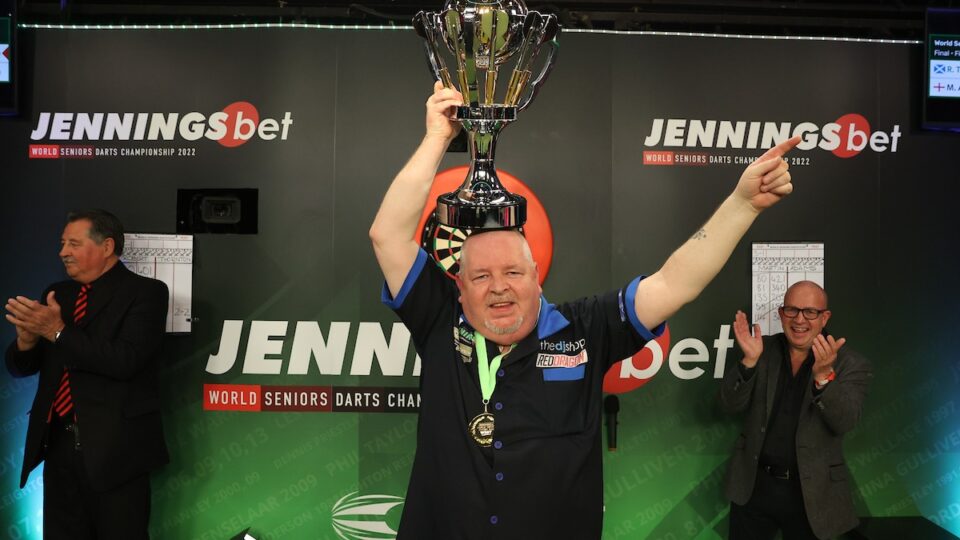 The initial deal centres around weeks nine, ten and eleven of Stage two, and will give players the chance to play at the MODUS Live Lounge and win the £20,000 Champions prize on offer at the conclusion of each stage.

The 16 times World Champion Phil ‘The Power’ Taylor recently attended the MODUS Super Series as a guest and expressed his positiveness at how amazing the setup is and how it has revolutionised the semi-professional and amateur game. Phil also implied that he could accept an invite to the Super Series in 2023 having been invited by MODUS.

Reigning World Seniors Darts World Champion and Seniors World Matchplay Champion Robert Thornton is one of many WSDT members that regular viewers will be used to seeing in the MODUS Super Series.

The field for the three weeks of action will be compiled as a mixture of invitations and via the WSDT Order or Merit at the conclusion of the first weekend of 2023 World Seniors Darts Championship Qualifiers in Reading on the 12th and 13th of November. Full details will be announced in the coming weeks.

Billy Lovell of MODUS Super Series said: “Despite being just a year old, the World Seniors Darts Tour has been a revelation. The demand from fans to see a mixture of their heroes from yester-years take on the best dart players over the age of 50 has been fantastic.”

“The standard on the WSDT has been exceptional and we’re delighted many of those players have already bought their games here to Portsmouth. Chris Mason reaching the finals of Series one’s Champions Week and Jim McEwan already booking his spot in Series two’s. We hope this partnership will unearth even more potential in the over 50’s game.”

Jason Francis of World Seniors Darts Tour said: “From day one we’ve been passionate about providing our members with the best darting opportunities, which for many has extended careers beyond expectations.”

“Our first year was fantastic, but we won’t ever stand still and we’re extremely thankful to the MODUS Super Series for the providing a platform for out member to gain valuable TV exposure”

As ever fans will be able attend on the Saturday evening finals night sessions, and can reserve their complimentary tickets by visiting dartshop.tv/darts-tickets