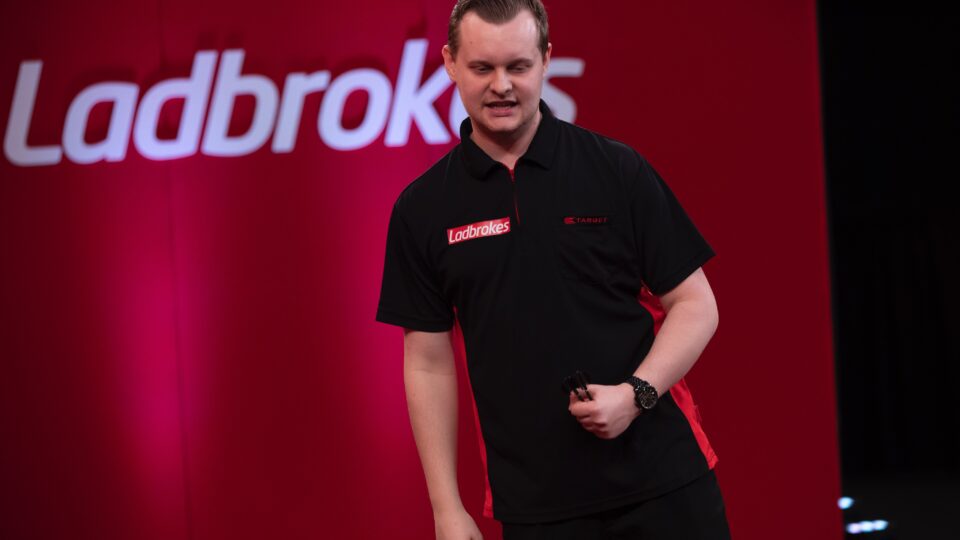 Northern Ireland’s Rock extended his successful start to life on the PDC tour with a 5-4 triumph in the Event Three decider over Lewy Williams to win his maiden Development Tour event.

He then progressed to the final of Event Four, where he was defeated 5-3 by Doets, ending his chances of completing an amazing double triumph.

Rock scooped £3,000 on the day to go to the top of the Development Tour Order of Merit, just a month after the 20-year-old from Antrim secured a PDC Tour Card on his first appearance at Qualifying School.

Rock dropped only one leg in his first three games of Event Three, then beat teenage sensation Leighton Bennett 4-3 in the last 16, and then beat Tomas Houdek and Keenan Thomas to reach the final.

The Northern Irishman led Williams 4-2 in the final when the Welshman smashed a ten-darter to tie the match in leg eight. Both players missed their chances in the decider at first, but Rock came back to win.

Doets recovered from a setback in the Last 64 of Event Three to win the second £10,000 event of the day, defeating Rock 5-3 in the final.

In the evening, Doets, 23, beat Williams 5-3 in the quarterfinals, averaging above 100, and in Event Four, he beat past Development Tour champion Dom Taylor and reigning JDC Junior World Champion Bradly Roes.

Rock led 2-1 early in their final as he attempted a daily double, but Doets tied the game with three consecutive legs before clinching his third Development Tour title.

Former World Youth Champion Bradley Brooks, who won on Friday, made it to both quarter-finals on the same day, while Keane Barry, who won Event Two, made it to one quarter-final and the last 16 in Saturday’s first event.