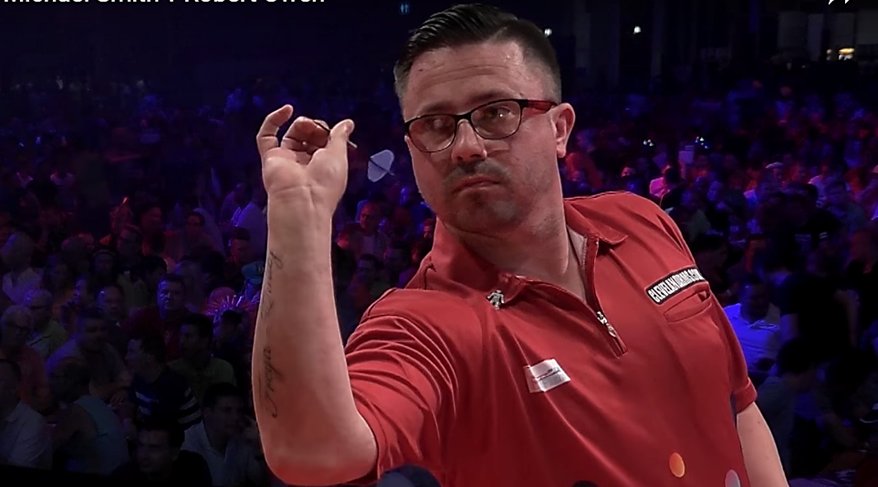 Robert Owen dominants week 3 of the Live League, as the Welshman booked his place in Champions Week on Saturday night. Owen looked untouchable in spells during the finals of week 3, as he swept aside Paul Hogan in the final.

Robert Owen finished the day in second place with fellow Welshmen Mike Warburton right behind him on 6 points. The Scottish man Gary Robson ended the day in fourth and saw Painter end the day in fifth position going into day two.

Day two saw the battle between Adams and Welshmen Owen continue and it was Owen that broke Adams’s winning run by beating him 4-3. It was then a battle for that all important third position which saw Gary Robson win 4 out of his 5 matches to take third position away from both Painter and Warburton which saw them compete in Group C on Thursday morning.

With that early win over Adams in the day, it came down to the wire. Martin Adams had to rely on recent UK open qualifier winner Diogo Portella. It saw The Brazilian beat Owen 4-2 which was his first win of the group and knocked Robert Owen out of first place and Martin Adams take pole position in the group to guarantee himself a spot in finals night

Martin Adam is the winner of Group A

It was a battle for the top two spots for finals night. As it saw Dary Pilgrim, Mike Warburton and Stephen Burton all winning 7 out of 10 games and finishing on the same leg difference. However it was heartbreak for Burton as it came down to the last match of the group and the only way that Burton could win was by beating the Welshmen, Warburton 4-0.

It wasn’t to be for Burton as he missed out on qualifying for finals night by 1 leg. This saw Pilgrim and Warburton qualify for finals night on leg difference. It was the same story on the other side of the draw as Graham Usher, Kevin Painter and Diogo Portella finished all on six points.

Both Daryl Pilgrim and Mike Warburton qualify for finals night 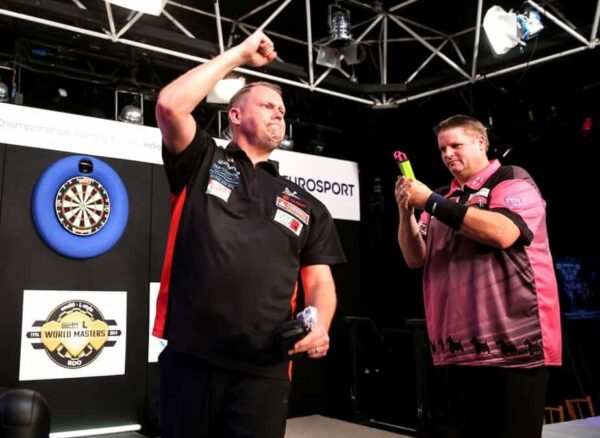 It was an unbelievable start for Paul Hogan as he started off the group, winning all four of his matches. After day 1, the Scotsman Gary Robson sat at the bottom of the table on two points, with it all to do on day 2.

That’s exactly what the Scottish man did, winning all his four matches and taking third position to join Hogan on finals night. Then it was a straight shootout for a place at finals night, which saw top of the challenge tour order of merit Scott Williams battle it out against Welshmen Robert Owen. It wasn’t to be for Williams as it saw Owen win 4-1 to book himself a spot at finals night.

It wasn’t to be for Shaun Griffiths as he only won 1 out of his 8 games to take last place in the group.

It was now time for finals night, and it saw Martin Adams, Robert Owen and Mike Warburton battle it out in group 1 and group 2 saw Paul Hogan, Daryl Pilgrim and Gary Robson. 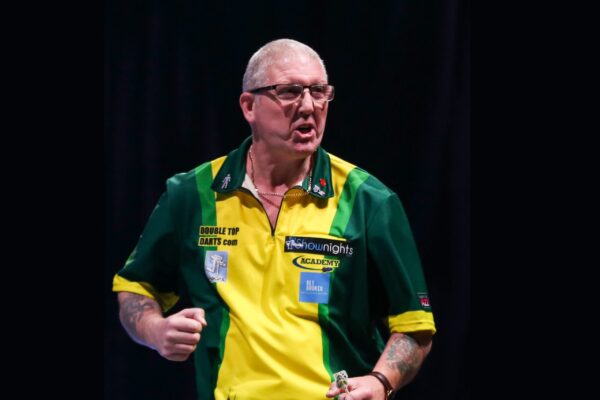 What a start to finals night it was for Welshmen Owen as he kicked off with a win against Adams. Then Martin Adam made group 1 look interesting after beating Warburton 4-2.

It then came down to the last game in group 1 between the two Welshmen’s and all Owen had to do was win just one leg against Warburton to knock out Martin Adam. With Warburton winning 4-1 it was enough to see both Welshmen into the semifinals.

Pilgrim wins 4 legs on the bounce to get off to the best possible start. After a defeat in his opener, Hogan bounced back to win 4-2 over Robson and made group 2 interesting.

Once again it came down to the last match of the group and Pilgrim carried on his unbeaten run topping the group and sending Gary Robson home.

Paul Hogan booked himself a spot in the final with a live league personal best with a 4-2 win. At the other end of the draw Robert Owen made easy work of Pilgrim, winning 4-0

The third and fourth playoffs saw a shootout between Mike Warburton and Daryl Pilgrim to see who could book a spot in finals week. Pilgrim falls over the line to beat Warburton 4-2 and gets a spot at finals week.

It was now time for the final and Robert carried on his dominant display in pushing aside Hogan 4-1 to be crowned champion and received the £2000 bonus. Both men qualified for champions week.