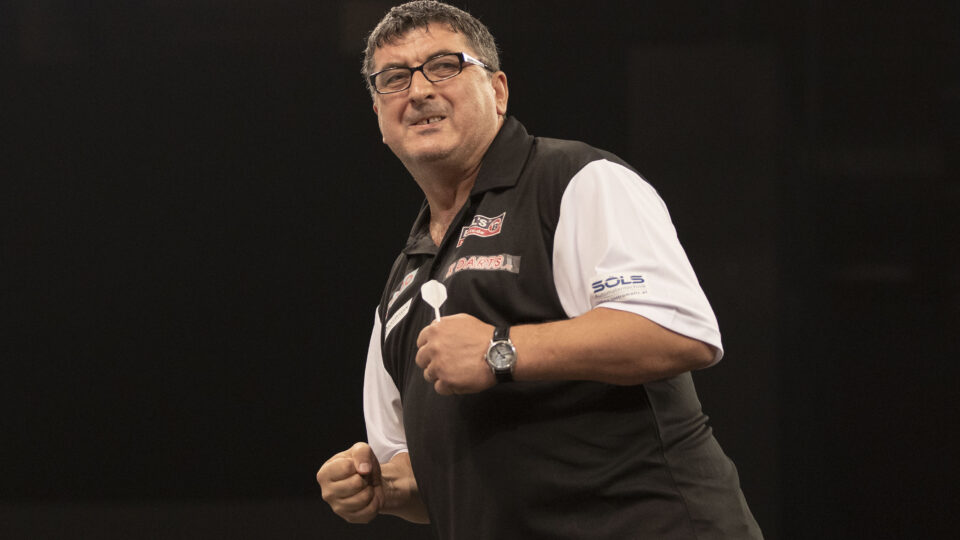 Mensur Suljovic is unsure of which future events he will play in.

After not playing since April of this year, Suljovic returned to action for the first time in a long time during the Hungarian Darts Trophy last weekend.

But speaking to us in his post-match media, Suljovic refused to commit to a full-time return to the PDC Tour.

“I’ve had big problems at the moment, but it’s ok, it’s getting better and better. I give my best,”

“This is the most difficult year of my career. It’s so hard for me. I haven’t played for four months.”

“Watch this space. This is not the old Mensur, I’m sorry. I give my best in this tournament for my friend.”

Suljovic is a former PDC TV major winner. In 2017 the Austrian won the Champions League of Darts. In 2018 he was runner up to Gary Anderson in the World Matchplay, in the best final the famous old stage at the Winter Gardens has seen.

Over the last year, during the COVID19 pandemic, Suljovic travelled less, first pulling out of the behind closed doors Players Championships. In 2021 Suljovic has pulled out of more and more events, including the World Matchplay, the first TV tournament back that was played under normal circumstances.

Leading up to the Hungarian Darts Trophy last weekend, we were unsure whether he would play the Euro Tour event until the day.

The news this weekend for all the Mensur Suljovic fans wasn’t good as it sounds like the Austrians appearances may still be sparse on the rest of the 2021 calendar.