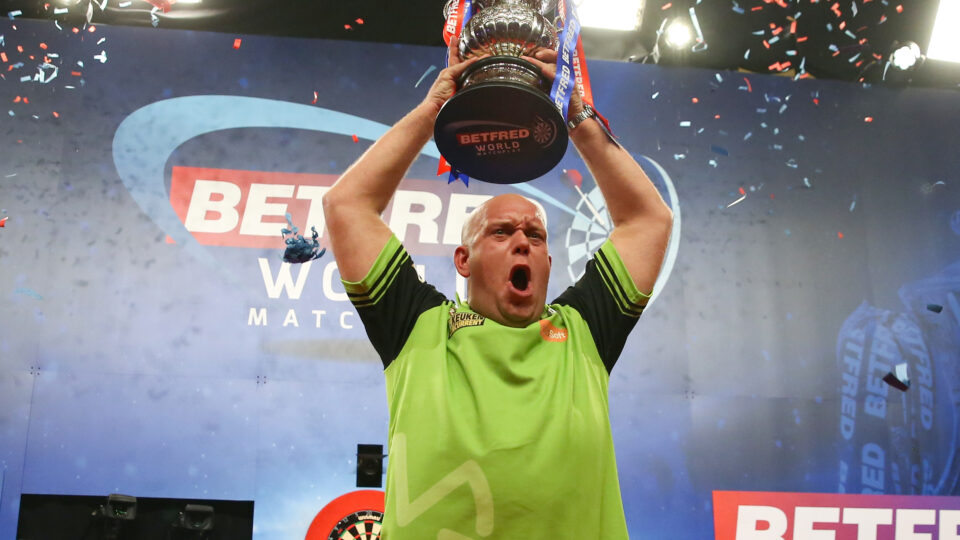 The Green Machine defeated Gerwyn Price 18-14 in a World Matchplay classic to lift the title for the first time since 2016.

Michael Van Gerwen fought back from three legs behind to lift the famous trophy at the Winter Gardens.

The Green Machine power scoring was in full force from the start, however 8 missed darts in the first four legs meant he found himself 4-0 behind.

We was so close to perfection in the fifth leg with Van Gerwen finding eight perfect darts, before coming inside on double 12. More importantly for Michael he was able to clean up in the leg with his next visit and get on the board.

MvG won the next session 3-2 which included a fantastic 160 checkout in leg seven. However, Michael struggled to level the game up, even with eight 180’s in the first 12 legs and at the end of the third interval it was 9-6 to Gerwyn Price.

It was another session win on throw for Michael, with this one including a 140 checkout, however with Price finding away to hold his throw, even while averaging over six points less than Van Gerwen.

Following two holds of throw, MvG found a crucial break and then a hold to level the game up for the first time. With everyone expecting Michael to push Gerwyn Price found a crucial hold of throw to make sure he lead going into the final break.

Three holds of throw followed this, and with the players locked at 14-14 it was time for Michael van Gerwen to find another big checkout this time it was a 130 checkout and he lead for the first time.

Michael van Gerwen stepped on the throttle and with a comfortable hold of throw it was another ton plus from the Green Machine a 114 to move one leg away.

Van Gerwen was not letting this opportunity pass and with a 15 dart hold of throwing ending with a 121 checkout, Michael van Gerwen became a three time Betfred World Matchplay champion. 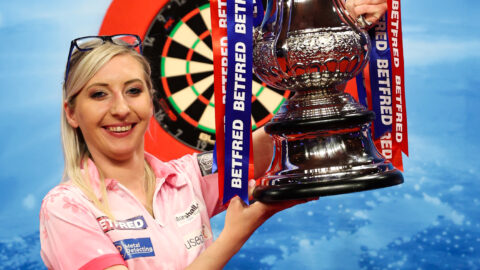