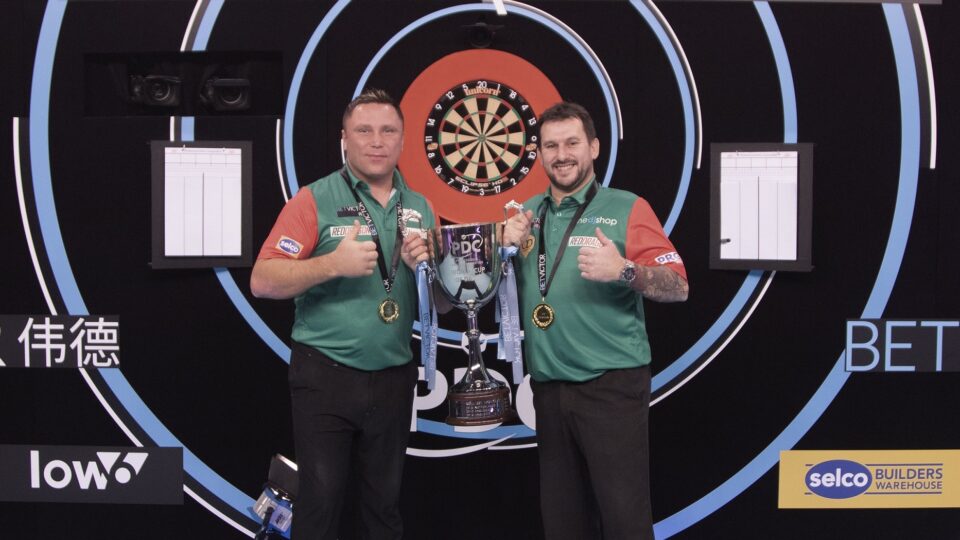 The 2021 World Cup of Darts draw and team lineups have been announced, with Wales defending their title against Finland.

From September 9 to 12, two-player teams from 32 countries will compete in Jena, Germany, in a four-day event that will include both Singles and Doubles matches.

The top eight countries are seeded in the draw based on their two delegates’ lowest combined PDC Order of Merit ranking.

The third-seeded Netherlands, led by Michael van Gerwen and debutant Dirk van Duijvenbode, will face Andreas Toft Jrgensen and Niels Heinse of Denmark in their quest for a fifth World Cup victory.

This year, Peter Wright and John Henderson will team up for Scotland, who will face Chinese debutants Jianfeng Lu and Wenqing Liu. Since Scotland won the title in 2019, we haven’t seen the winning team of Gary Anderson and Peter Wright.

The opening round will be completed on Friday, with top seeds England’s new pairing of James Wade and Dave Chisnall taking on Diogo Portela and Artur Valle of Brazil.

Wade will be competing for the first time since the World Cup’s inception in 2010, while Chisnall has previously competed in 2017 and 2018.

Host’s Germany, whose Gabriel Clemens and Max Hopp advanced to the 2020 Semi-Finals, drew Canada in a mouthwatering tie, with Jeff Smith and Matt Campbell renewing a partnership that advanced to the Quarter-Finals last year.

Following the First Round on Thursday and Friday, the Second Round will be held on Saturday September 11 in two sessions.

The Quarter-Finals will be played in the afternoon session on Sunday, followed by the Semi-Finals and final in the evening session.

The top eight countries are seeded for the draw, based on the lowest combined PDC Order of Merit ranking of the two competing players.