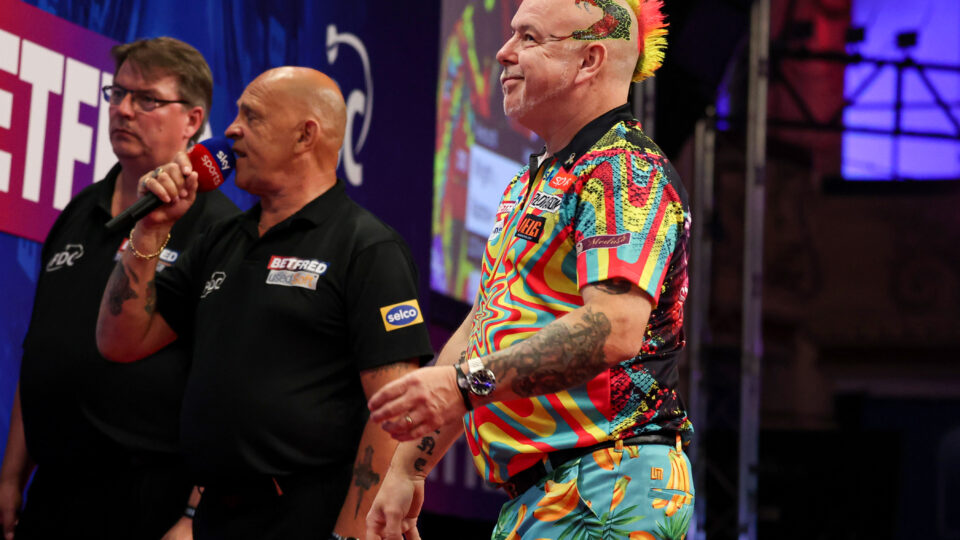 Peter Wright Dismisses The Rest and Says He Has No Rivals For The Title. The Main Challenger Is Me.

Peter Wright saw off Madars Razma to open his World Matchplay account with a 10-4 win over the Latvian with seven 180s and a checkout of 157.

Wright Dismisses the rest of the field

Peter Wright returns to Blackpool twelve months after lifting the World Matchplay title, and he is determined only one player can stop him from making it back-to-back.

“My main challenger is me, that’s the only person that can upset me winning this tournament. I don’t care who comes through the other side, they will just be an opponent and a losing opponent.”

Peter Wright also opened up on where his game is at the moment, he believes he isn’t that far away and has the mentality to go on and win the title.

“It’s not far away. You ain’t got to play 110, 120 average in the first round and by the time you get to the final, you’ve blown all your good darts. I’m just plodding along and it’s coming.

“Mentally wise, I feel more confident than I did last year. The way these darts go and the amount of 180’s I can score with them. What they can do makes the other ones look silly so that’s why I’m shouting my mouth off.

Peter Wright will return to the Winter Gardens stage on Tuesday evening when he will take on Krzysztof Ratajski.

For the full interview head over to our Online Darts YouTube for interviews with all winners from the 2022 Betfred World Matchplay. 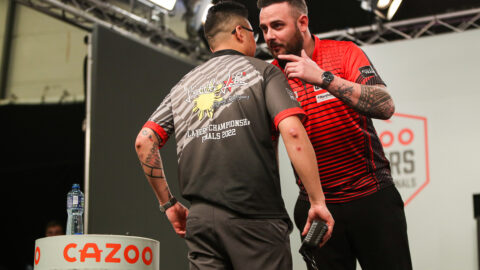