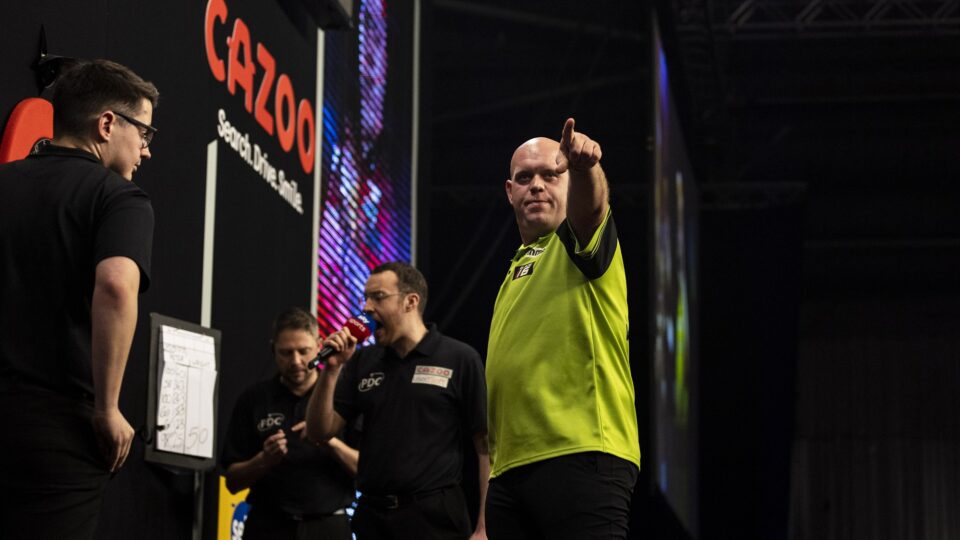 Joe Cullen made it six different winners in seven weeks in Rotterdam, and following his win over Michael van Gerwen, we had our Quarter Finals set for week eight.

Weeks 8 and 16 will see the Premier League eight face off in a draw bracket, based on the league table following Night Seven and Night 15 respectively.

Current league leader Michael van Gerwen will take on James Wade in the opener in Birmingham.

Are we seeing the return of Michael van Gerwen? In the last 28 days of darting action, we have seen Mighty Mike, win a Euro Tour, a Pro Tour, and compete in three out of the last four Premier league night finals.

On winning one of the Pro Tours this weekend he sent a stark warning to the rest of the field that his aim was that World Number One spot, but in Birmingham, his focus will be solely on sealing a third win.

His opponent James Wade hasn’t had things his way in the Premier League, with only four wins this campaign and his last win in the competition came on night four.

We could see a repeat of last week’s final in the Semi-Finals in Birmingham. With the winner of the opening game taking on 2021 World Champion, Gerwyn Price, and last week’s winner Joe Cullen.

In the last eight, World Champion, Peter Wright will take on fellow countryman Gary Anderson. Peter Wright has struggled with form and fitness in this year’s competition.

This competition is the one he wants to get his hands on in 2022 and he will happy to be currently sat in second place five points from fifth on the table.

His Quarter-Final opponent in Birmingham hasn’t found his rhythm and other than his win in Nottingham, The Flying Scotsman has only progressed past the last eight once.

The winner of the all Scottish tie will face the winner of the last Quarter-Final which is between Jonny Clayton and Michael Smith. Both players have reached the Final twice in this year’s competition so far, but it’s Jonny Clayton who currently sits in the play-off places after winning an event, with Michael Smith being just one of two players yet to pick up the ten thousand pounds nightly award.