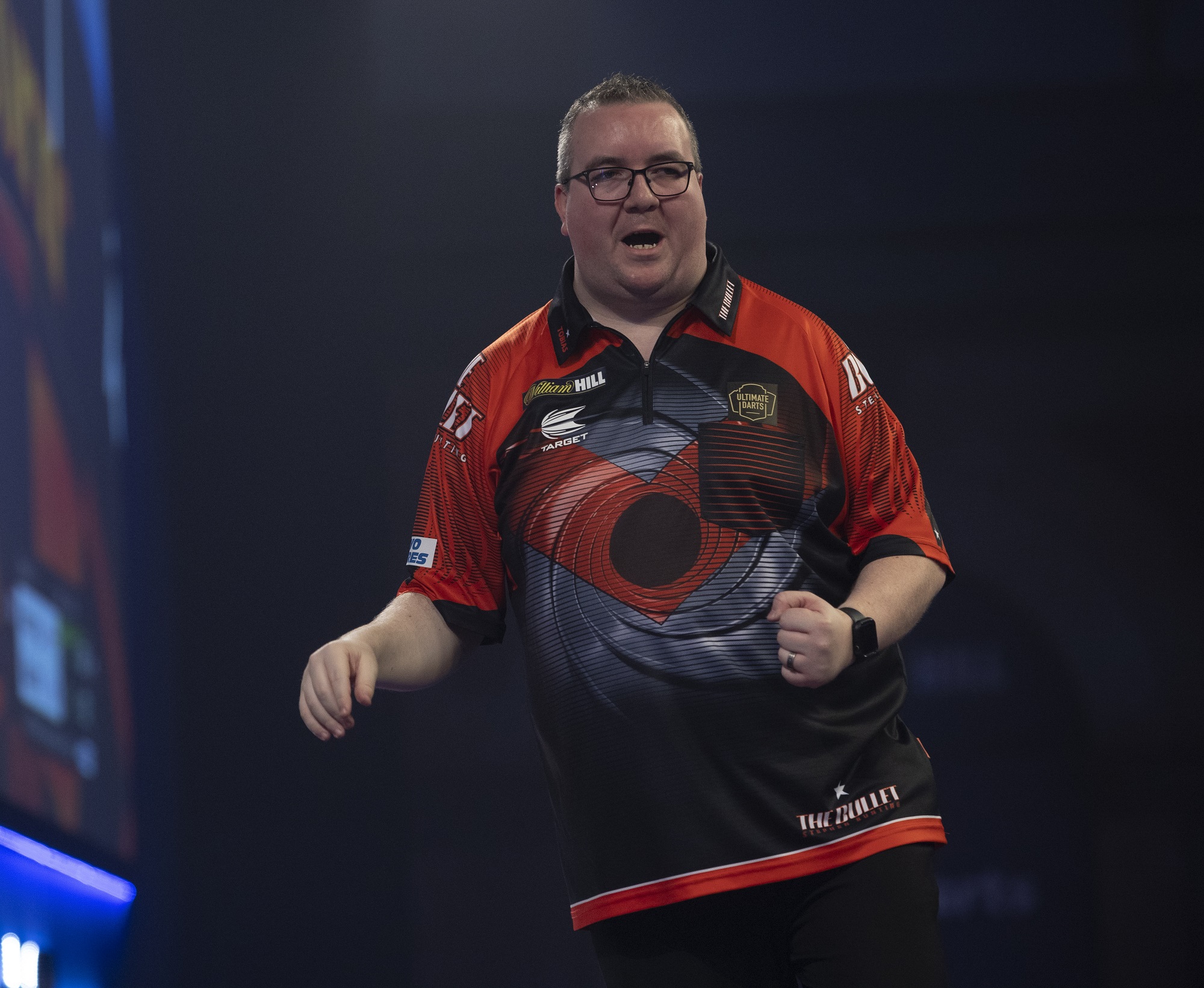 Stephen Bunting on getting no prize money “lessons need to be learned.”

Bunting is feeling bullish after beating Andy Boulton in a last leg decide, in the second round at the World Darts Championship. You could tell the Bullet was far from happy with the way something had been handled around the World Grand Prix.

The Bullet needed to use all his big stage experience to get past the X Factor, after falling behind early on in this second round game.

In his winner’s press conference, Bunting discussed how confident he was feeling with his new set up. “I know I’m one of the best players in the world when I’m on my form”

“(I’ve) recently changed my darts. There will be a lot of focus on them but I’ve worked tirelessly with Target.”

“At home, I’m banging in nine darters for fun”

Stephen Bunting recently tested positive for Covid-19, which lead to The Bullet missing the World Grand Prix and it impacted his world ranking. He said “It was a bit of hindrance”

“I’ve spoken to the PDC & PDPA about it. It’s a pandemic. Obviously, lessons need to be learned.”