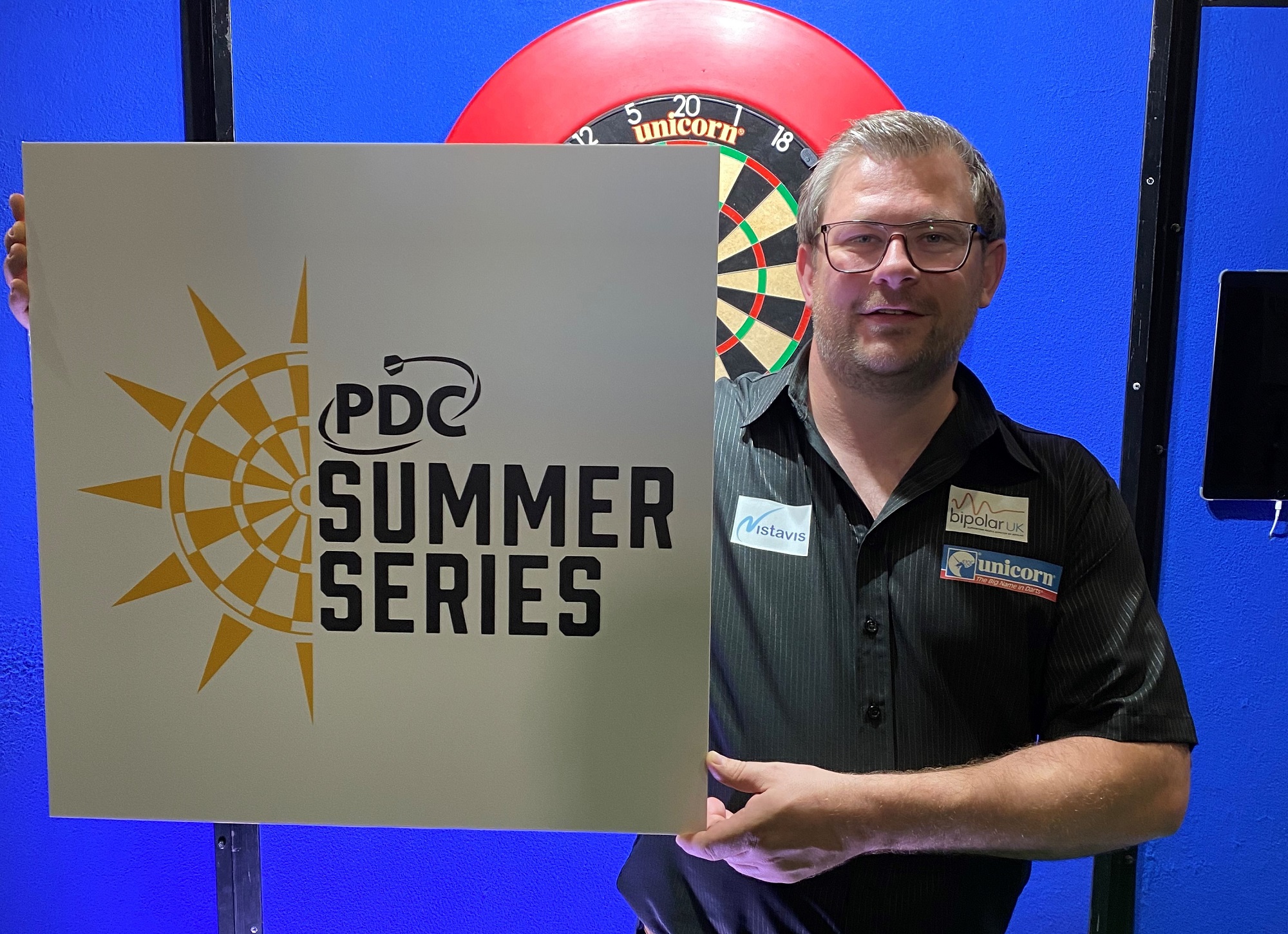 James Wade won his first PDC title of 2020, beating Rob Cross on day 4 of the Summer Series. After winning the Aldershot star said it was just lovely to get back to work.

After having nearly four months at home due to the COVID 19 pandemic, Wade has enjoyed the time at home with his wife Sammi and son Arthur. The world number nine admitted it was nice to get back to work in his press conferences after the final.

“It’s nice to get back into it and go to work. It’s been wonderful spending time with my family, but I knew I had to come back to work and today is why we do it – it’s a lovely feeling.”

Wade Back To Work

Wade played with freedom across the whole day, producing big ton-plus averages along with his trademark finishing. When Wade couples the two together, he’s a massive danger in the sport.

“It’s been a really good day, and I enjoyed it, It’s been up and down for the last three days, but I think in my last four games I played really well and my finishing has been good all day.

“In fact, my finishing has been good for the last three days. I haven’t done enough other bits but today was typical of me, I did enough.

“I’m enjoying the game a little bit more. I enjoyed myself today, and it’s a reflection on my darts.”

Top Of The Sport

Wade has been at the top of the sport for nearly two decades, with only two players winning more titles than the Machine. Wade has been that successful it would be a normal year if he didn’t win at least one title.

At the start of each year, there are questions around whether Wade will stay at the top of the game. Or will the Machine fall down the rankings? But every year Wade keeps proving everyone wrong.

So much so that Wade admitted he’s fed up with seeing other players in majors.

“I see other people winning majors, and I think ‘if you can win one, I certainly can’!

“If the right James Wade turns up, I win majors left, right and centre.

“I know I can win, and it’s not a new thing for me. There’s some tremendous players, and I’m one of the fortunate ones to still be about after 20 years of playing.

“I’ve been doing it for a long time, but I’m still keen, I can still win and make the other younger players work.”