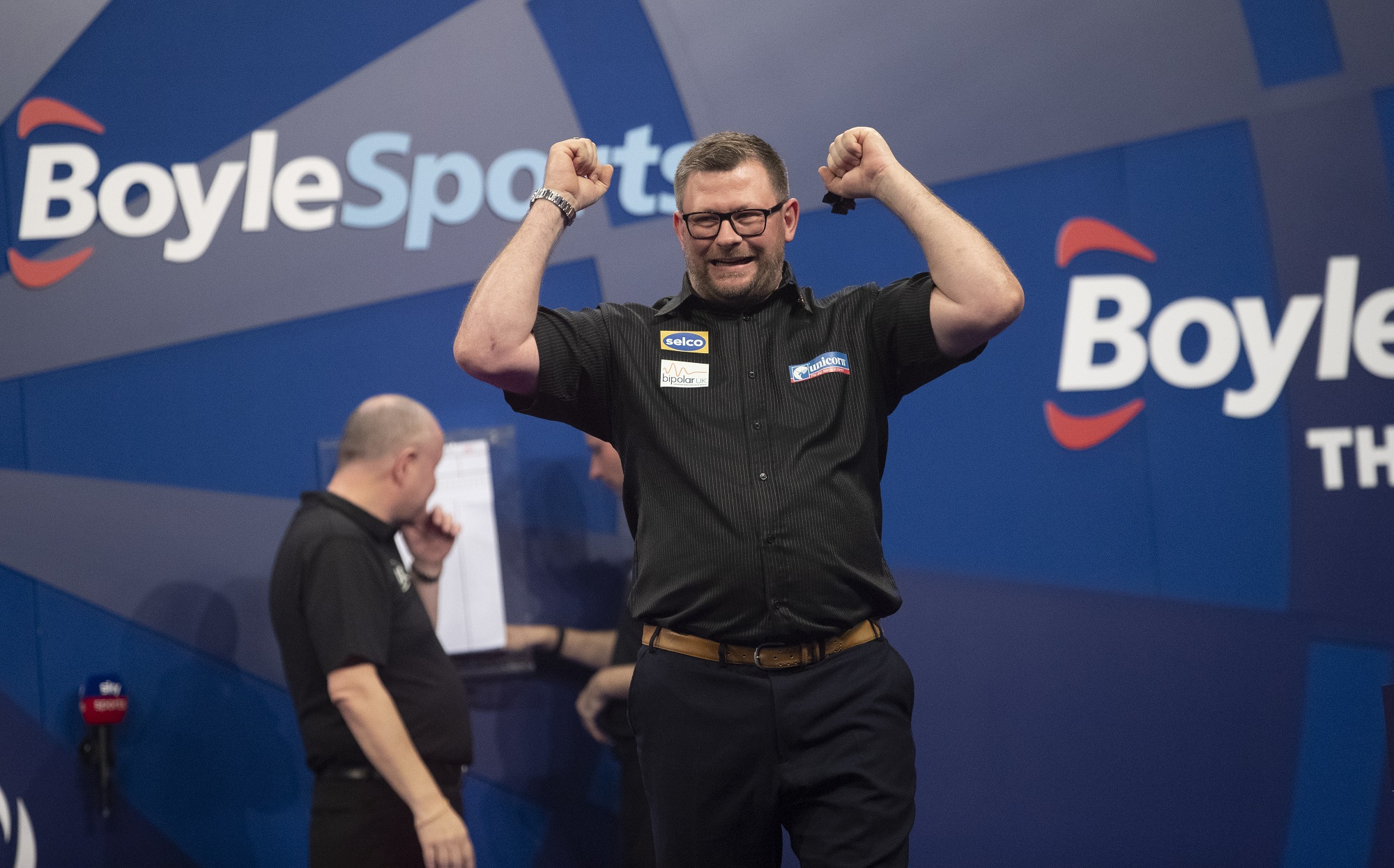 James Wade joined the winners circle at the PDC Summer Series after beating Rob Cross 8-2 in a high class final on day 4.

The Machine picked up his first title of 2020 in typical James Wade fashion with a number of quality finishes.

The first 4 legs all went on throw before Wade reeled off 6 straight to pocket £10,000. Only Wade and World Champion Peter Wright can now stop the World number 1 Michael van Gerwen from claiming top spot in the Summer Series order of merit.

The other main developments on day four saw:

Positive signs for the Machine

After a 6-2 loss at the hands of MvG yesterday Wade bounced back in the best way possible.

Starting the day with wins over Mike van Duivenbode and Harald Leitinger, the rest of the day reads as a who’s who of darting big names including four of the current top 16.

Despite the quality of opposition, no man managed to push Wade to a last leg decider all day.

Nathan Aspinall was the opponent that came closest to this feat, however he went down 6-4 in the last 16.

Michael Smith continued his poor run of results against the man from Aldershot.

Today was the first time he failed to get a leg against the machine in any contest they have met in before. Bully Boy will be extra disappointed after he dispatched Peter Wright 6-4 in the previous round.

Speaking to Online Darts after his victory Wade said “I enjoyed myself today, and its been a reflection in my darts.”

It was nearly the perfect day for Cross as he fired in a perfect leg en route to today’s final.

The moment of magic took place in leg 6 of the semi final vs Mensur Suljovic, and sees the Englishman become the first to hit a 9 darter at this years Summer Series.

Cross came through that semi final averaging 110 as he set up the showdown with Wade.

It was far from a day of plain sailing for the former electrician. He had to overcome 3 consecutive last leg deciders from the board final onwards. Danny Noppert, Callan Rydz and Jamie Hughes the men not able to get over the line against the world number 4 .

What else happened on Day 4?

Stephen Bunting’s failure to win the title on day 4 ensured Simon Whitlock will once again participate in the World Matchplay. The Australian number one and world number 16 cannot be caught heading in to the final day of action. However, will be hoping for a strong performance to position himself higher in the rankings, and away from a potential second round Matchplay clash with Michael van Gerwen.

Justin Pipe withdrew from the day’s play in round 1. The Force was suffering from an arm injury and opted to try and rest ahead of tomorrow’s final day of action. Currently sat in 12th of the Pro Tour qualifying spots he needs two wins tomorrow to guarantee a Matchplay spot, but will also find himself in next weeks action should results not go against him.

Eight players have also qualified for the World Matchplay through the Pro Tour Order of Merit. They are:

Martijn Kleermaker and Luke Humphries served up the game of the day. The duo served up an 11 leg classic with no leg going beyond 15 darts.

The match was decided in fitting fashion also. Humphries missed a dart at bull to check out 81, before the big Dutchman stepped in and took out 140 to book his spot in round 3.

Former World Champion and Grand Slam winner Scott Waites is still on the hunt for his first win of the Summer Series.

How can I follow the final day of the Summer Series?

We’ll have the final day of the Summer Series covered at Online Darts.

There will be a live blog from 11.30am tomorrow giving you results and ranking changes as they happen.

Andy Hamilton received a bye into round 2.