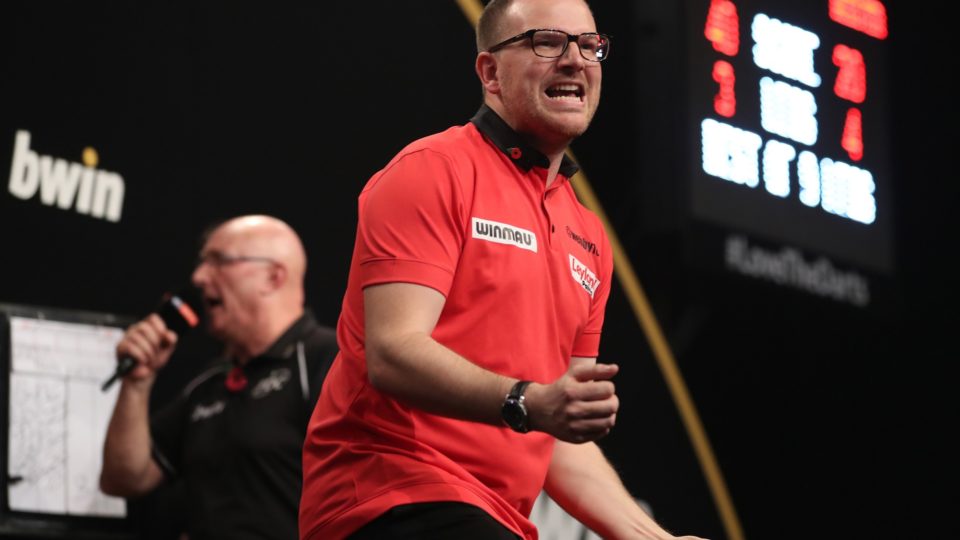 The final day of action in this week’s MODUS Sports Iconos of Darts Live League. It was Mark Webster who stole the show and topped the table. Before a dart was thrown, all eyes were on Jason Askew, as he had won two from two so far this week.

Webster started his fixtures with a tough-looking game against Russain Boris Koltsov. The game went down to the wire, with Webster winning a last leg decider and taking two points. After lunch, Webster would play his second match of the day. The game against Keelan Kay turned into a bit of a struggle, but Webster is again winning a last-leg shootout to make it two wins from two.

Webster’s next two were reasonably straightforward compared to the first two matches. Webster with a 5-3 win over Andy Jenkins, and 5-2 over the former world champion Scott Mitchell. Webster was now sitting on four victories with one game to go. The only problem was that double champion Jason Askew has the same record. Meaning the last match of the day was winner takes all as Webster and Askew went head to head.

So nerves from Webster early on in the match, as Askew raced into a 2-0 lead. Webster started to settle and run off three legs on the spin. Askew replied to make the game 3-3, but it was Webster with a stunning 127 finished, that found a moment of magic when he needed it most. Four legs all it was Webster with the all-important throw. An advantage that he didn’t pass up, as he sealed a 5-4 victory and the league title.

Over the past few weeks, there have been real signs that Webster is getting back to somewhere near his best as he looks to rebuild his game, after losing his PDC Tour Card at the end of last year. Webster has admitted that he’s been working hard behind the scenes on his game, making changes he thinks will help him in the long run as Webster hopes to return to PDC Q-school and win his card back.