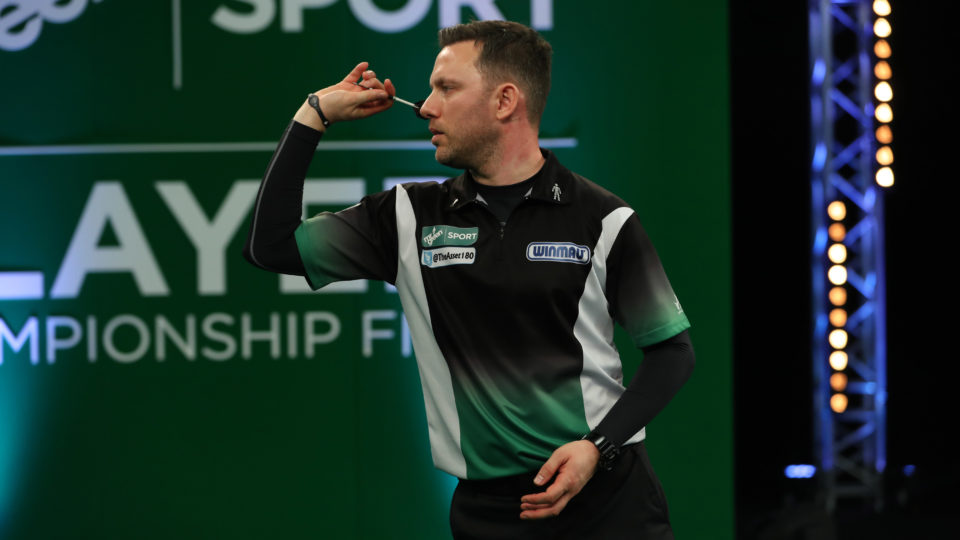 Paul Nicholson The Next Chapter

After failing to regain his tour card in January, there were many questions around whether Paul Nicholson would return to the sport as a player. The Asset is now a leading player in darts media, with duties on the PDC Euro Tour, BBC and Eurosport. Combining being a player, and media duties can be difficult going. Mainly due to the gruelling schedules of the sport. I’m sure Paul would have liked more time to prepare for this years Q-school, but duties at the BDO World Championship only gave him a few days.

Having said all that going into the final day of action at Wigan, Nicholson was in contention to win a tour card. In the end, falling just short, but proved to the doubters his game isn’t far away. Nicholson then missed the first Challenge tour of the year, as he already had a holiday planned. I’m sure a much-needed one to recharge the batteries.

Then due to the COVID 19 pandemic, all major sport in the UK was halted as we all know. Darts have been one of the pioneers of sport from home. With MODUS Sports, and the PDC leading the way. Paul was one of the original players in the MODUS Live League, helping with a lot of the testing before it went live to the world.

Over the last nine weeks, the Asset has shown the darting world that he still has the game to mix it with the best in the world. Winning a number of the league titles, and setting a points record for a week on the way to one of his titles. For players that don’t have a tour card, the darts from home has and continues to be a fantastic source of practice that players might not usually have had. Meaning when play does return the players that have been playing in the Live League could be ahead of the rest of the field.

Nicholson has openly said that he plans to go back to Q-school in 2021, as in his own mind he still has a point to prove. If Nicholson can play on any challenge tour events that are managed to be played, then he will be a significant danger for anyone at Q-school.