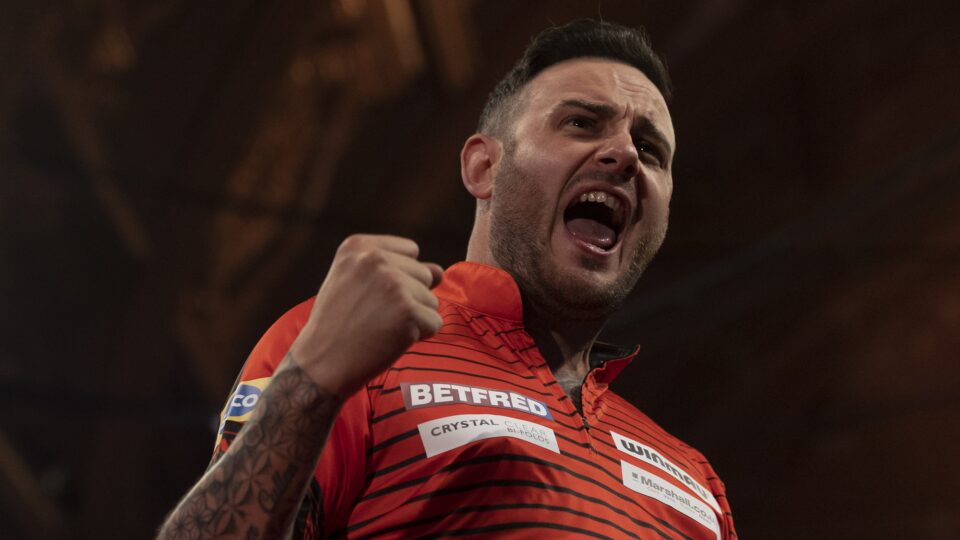 Joe Cullen has lit the fire on a potential rivalry with Peter Wright, ahead of their second round clash at the 2021 Betfred World Matchplay.

The Rockstar believes Snakebite has “ended up with egg on his face” on multiple occasions after predicting he’d win events.

After coming through a tough test against Chris Dobey in round one, Cullen also discussed how the critics fire him up, as well as how much the win meant to him personally.

“I’ll give him one hell of a game, don’t worry about that”

The Rockstar will face Snakebite on Tuesday, in round two, and Cullen begun the mind games after his victory over Dobey.

Cullen also promised to give Snakebite “one hell of a game” on Tuesday, as he bids for his first quarter final appearance at this event since 2018.

Cullen hits back at critics after World Matchplay victory

The Rockstar was also keen to mention his win to all those that doubted him after a very poor Super Series.

“There’s a performance in me at every tournament, and that’s nowhere near my A game.”

After hitting the winning outshot, Cullen got extremely emotional on stage, and explained why the victory mattered to him.

“A lot’s been going on away from darts for me personally, so to get win like that, on a stage like that, against a friend like that, it does mean a lot to me.”

“It puts things into perspective that there’s more important things than darts.”

View the full interview with Joe Cullen below.