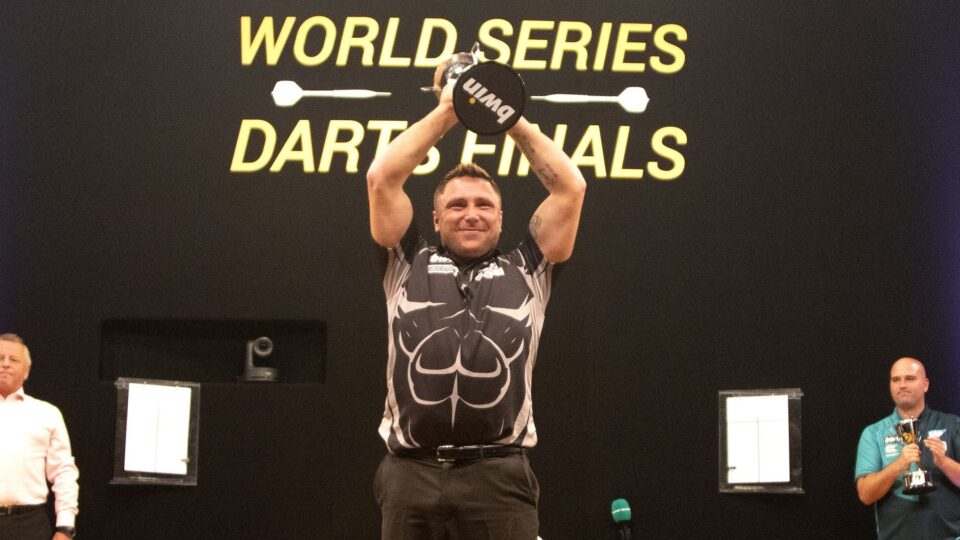 The World Series of Darts gets underway tonight in Amsterdam. Gerwyn Price will be looking to defend his title after beating Rob Cross in last year’s final.

This year’s field does have a different look to it, with this being the first time the tournament has taken place without any representatives from outside Europe.

Due to the lack of World Series events, the seeds are the quarter finalist’s from the Nordic Darts Masters.

Sherrock returns to a PDC stage

After waiting over 18 months for another crack on the PDC stage Fallon Sherrock certainly created media frenzy again with a run to the Nordic Darts Masters final last month.

She defeated Dimitri Van den Bergh in the Semi-Finals, and was only defeated by an inspired and emotional Michael van Gerwen in a great final. This weekend Fallon comes into the event seeded number two and will play the winner of Kryzsztof Ratajski and Gabriel Clemens. She is in the same quarter as Dave Chisnall and Gary Anderson

Is Michael van Gerwen finding form at the right time of the year?

The Green Machine won the Nordic Darts Masters and even though he hasn’t picked up another title since then, the level of performance is certainly seems to be getting better every week. He followed up his win at the Nordic Darts Masters, with a run to the Final at the European Championship, only to be defeated by a rejuvenated Rob Cross. En-route to that final we saw him defeat Gerwyn Price in one of the best games of the year so far.

Last week at the Pro Tour it took some incredible performances to make sure he didn’t get to the final stages. Michael goes into this weekend in a very favourable part of the draw. He starts his campaign with taking on either Maik Kuivenhoven or John Henderson. With the crowd behind him, MvG will fancy his chances of making it number five for World Series of Darts titles.

Welsh duo are back

After taking a break from last week’s Pro Tour Gerwyn Price and Jonny Clayton will be entering this competition fresh and two of the favourites to get their hands on the silverware.  Current World Champion and reigning World Series of Darts champion will get his defence underway on Saturday evening against the winner of the all Dutch affair between Jeffrey de Zwann and Dirk van Duijvenbode.

It doesn’t get any easier for Johnny who we haven’t seen in action for a couple of weeks after not competing in either the Pro Tour or the European Championship. He will take on the winner of Nathan Aspinall and Vincent van der Voort. If both Welshman get through their ties we are set for an all Welsh meeting on Sunday afternoon with the winner potentially meeting MvG.

On the opening night we will see the qualifiers and the players invited hoping to make it through to Saturday night’s action. Which we will then see the eight seeded players join the competition.

To get the action underway we expect to see a high scoring tungsten clash between Kim Huybrechts and last week’s final Pro Tour winner Michael Smith. When James Wade takes on Mervyn King, we have another all-English matchup that attracts the eye. In between those two games we have the impressive Krzysztof Ratajski take on Gabriel Clemens, and World Cup Winner John Henderson take on Maik Kuivenhoven.

Dave Chisnall will be looking to get his campaign underway with a win against Niels Zonneveld and that will be the warm up the only all Dutch tie on night one as Jeffrey de Zwaan takes on Dirk van Duijvenbode. We end the evening in style. After impressive runs in Barnsley last week, and with the fans behind him Vincent van der Voort will be hoping to get the better of Nathan Aspinall, before Danny Noppert takes the stage against Jose De Sousa.

For all the player interviews across the three days please head over to our YouTube channel.  We will also have daily reports, so if you are unable to tune into the action as always Online Darts will have you covered.