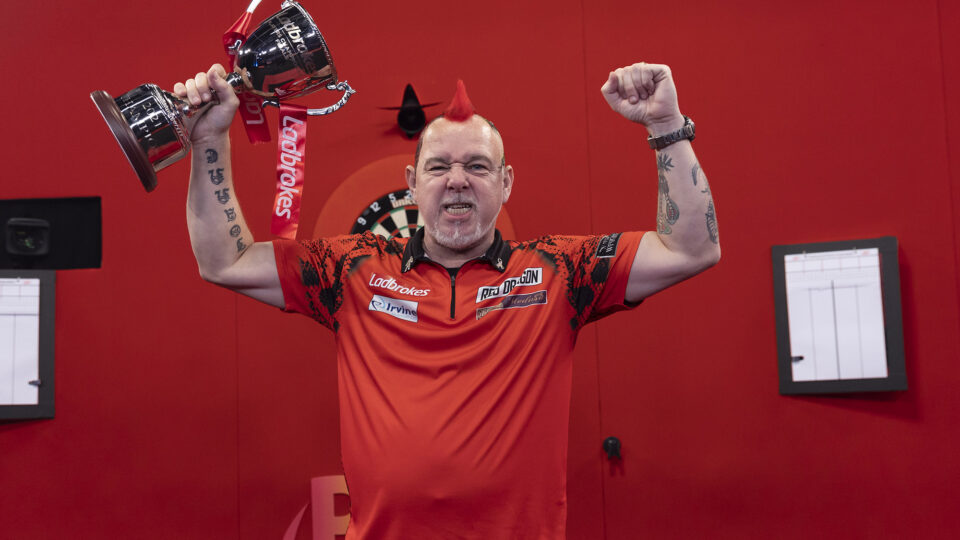 The World Matchplay Champion came through Michael van Gerwen and Jonny Clayton with ease on Finals Day, before beating Ryan Searle 11-10 in an incredible final.

Searle, who beat Daryl Gurney and Brendan Dolan to reach his first major final, moves up to number 15 in the world. That will be his seed for the World Darts Championship next month, where the two could meet again in the fourth round.

Snakebite was not the only winner on the evening however, as Ted Evetts beat Nathan Rafferty to win the World Youth Championship.

Wright, who’s now made the final of every TV ranking event, used his experience to gain a decent foothold in the game. He could have won all five opening legs in the first session, but missed darts in two of them to break Heavy Metal’s throw. In the end, Wright had to settle for a 3-2 lead at the first interval.

Searle seemed to have settled after the restart. After holding, he missed four darts to get the first break, as Wright found tops to stay alive. Three holds of throw followed, as Heavy Metal hit a 76 outshot to level the match at 5-5 at the second interval.

It would be the TV final debutant who took the lead after the interval, hitting tops for a 56 outshot. However, Wright countered, finding double 18 to level the match. Snakebite held, before a cracking 141 finish put him two clear for the first time. He then had a chance to make it a three leg lead, but missed three to do so, as Searle finished 96 to cut the gap to 8-7 at the final interval.

However, the drama all came in the final six legs. After both held, Searle missed four darts to level again, allowing Snakebite to hit double 18 and go within one of the title. However, he missed three match darts across two legs, including busting 129, as Heavy Metal produced checkouts of 103 and double seven to force a deciding leg.

In the deciding leg, Heavy Metal hit a 177 to leave 24 after 12, but could not get a go at it. Wright, left on 62, hit double 16 with his last dart in hand to get over the line and win the Players Championship Finals.

After coming through a group stage and knockout stage in Reds Bar, Ted Evetts won the World Youth Championship in his final year of eligibility against Nathan Rafferty.

Super Ted took the opening leg, before The Natural looked to have seized control of the game. After Evetts missed double 19, he took out double 12 to break straight back, before producing back to back 14 darters to go 3-1 in front.

However, a big double eight from Evetts in the fifth leg got the game back on throw. After levelling, he took advantage of three missed darts from Rafferty to break and go 4-3 ahead.

Both held, including a 100 checkout from Rafferty, but Super Ted got over the line in the 10th leg, finding double 16 to win the World Youth Championship.