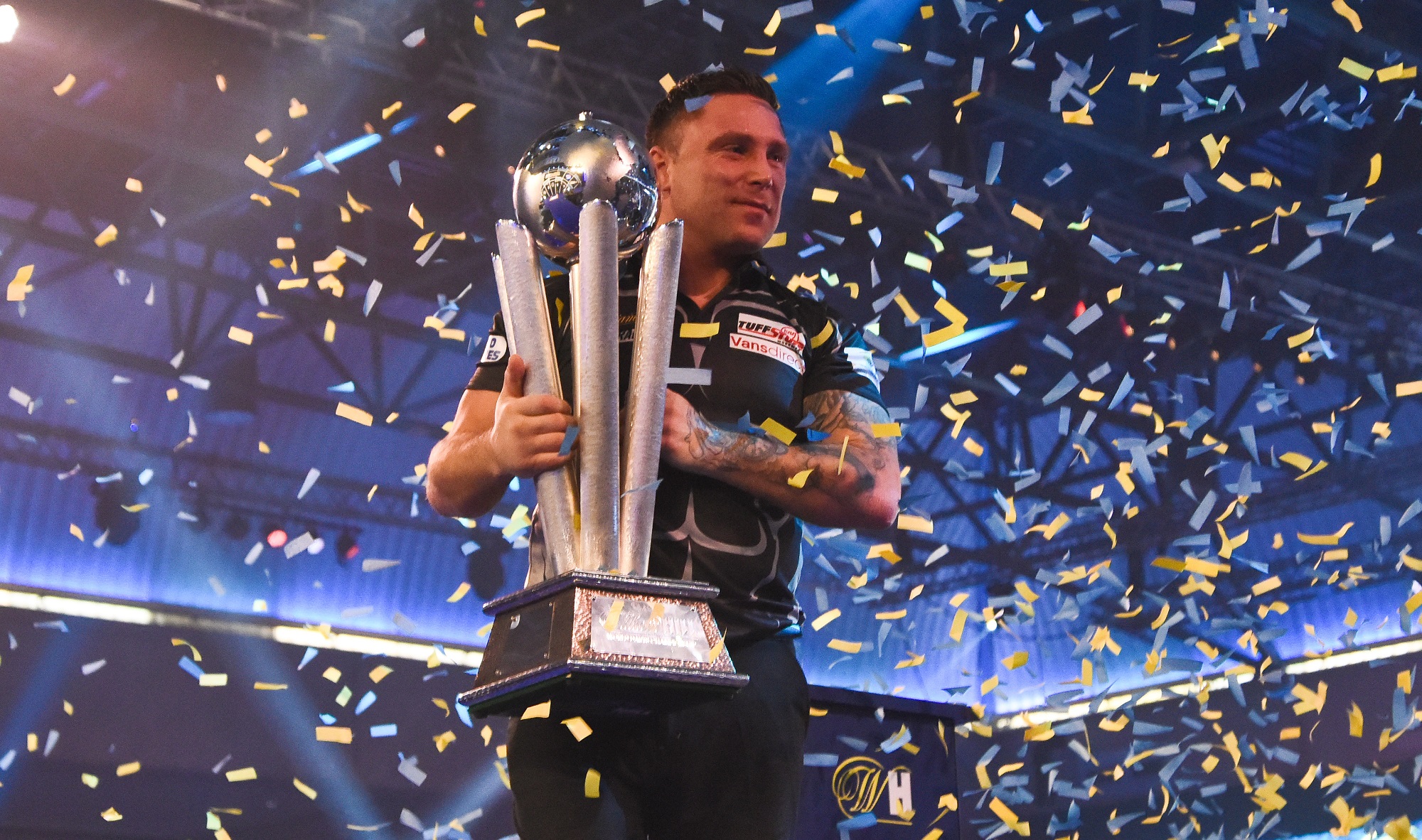 Gerwyn Price will start the defence of his PDC World Darts Championship against either Ritchie Edhouse or Peter Hudson.

The world number one and defending champion is expected to headline the opening night of Wednesday 15 December. The first round match between Edhouse and Hudson will be the opening match of the tournament, with the winner to face The Iceman later in the evening.

2020 champion and number two seed Peter Wright will face the victor of the match between Ryan Meikle and Fabian Schmutzler. Chas Barstow and John Norman Jr also square off in round one, with the winner to play three time World Champion Michael van Gerwen.

Elsewhere, stand out ties of the first round include:

How does the World Darts Championship draw work?

The two semi final winners will play in the final, with the victor being crowned the World Darts Champion.

Once again, there will be £2.5 million in prize money up for grabs. Here’s how it’s broken down:

Tickets for most sessions for the 2021/22 World Darts Championship have sold out.

However, there are still some limited tickets left for some sessions.

You can find more information on the PDC website.