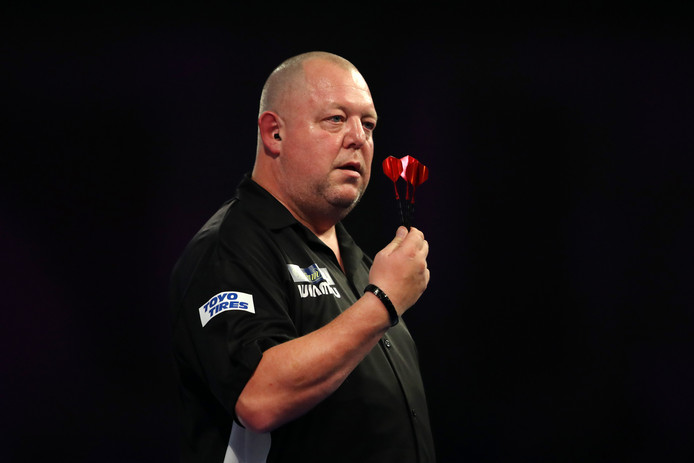 It’s Monday, and that brings the start of the final round of group games. The first day of action featuring only one session and will see the qualification spots decided in Groups A-D.

We race to five again, and with places in the knockout stages still up for grabs in every group, there is something to play for for everyone.

Here’s what we’ve got coming up this evening…

Two of the biggest names in PDC Darts come into their final group games needing a win to progress after both succumbing to shocks defeats on the opening day.

We start in Group B, where Mervyn King is up against it as he takes on the form player in world darts, Jonny Clayton. Clayton, with 2 wins from 2, and impressive ones at that, only needs 2 legs to progress while for King, just a win may not be enough.

A 5-1 win for King assures him of qualification. Anything less than that will mean he needs some help from the man he defeated on Sunday, Rusty-Jake Rodriguez, who takes on Bradley Brooks in the other match. The advantage for King is that he’ll be going on stage knowing exactly what he needs to do, having been able to watch the result of the other game.

In Group C, it’s also wide open as Wade can guarantee his place in the next round by defeating Rob Cross, by a score of 5-2 or better. For Cross, 3 legs will be enough to see him progress after two impressive victories over the weekend.

If Wade fails to get the scoreline he needs, his progression will be in the hands of Jim Williams, who takes on the winless and already eliminated Boris Krcmar, knowing a strong victory will enhance his chances of going through. Wade, like King, will have the benefit of knowing exactly what he needs when he walks to the stage.

Ending the night, we have the drama of two straight shootouts for a place in the next round.

The first of these comes in Group A, as Krzysztof Ratajski and Nathan Rafferty square off for the chance to join Gerwyn Price in the qualification spots. Ratajski, will need to play much better than he did when on the end of a whitewash from the World Number One, while Rafferty will be full of confidence after two impressive performances on debut.

Finishing the night, we have Stephen Bunting and Rowby-John Rodriguez in the same situation. Relentless Ryan Joyce has defeated the pair to book his spot, but with both defeating Chris Dobey, they go head to head knowing they win and they are in. Bunting has been impressive in both games and will hope his experience tells and gets him over the line against the World Cup Finalist from Austria.