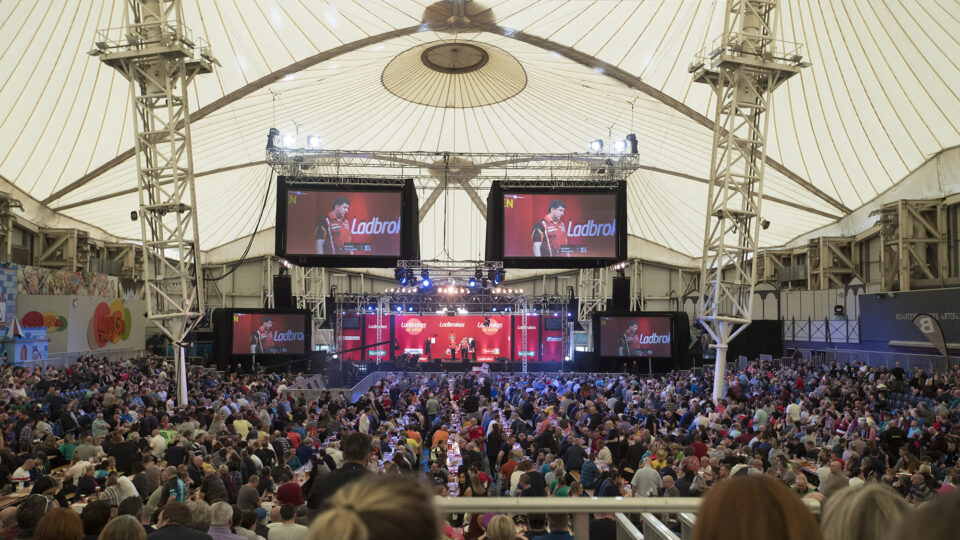 The PDC have announced the calendar for the 2022 season, which sees over 150 days of darts played until October.

The end of the World Darts Championship is always a sombre time for darts fans, but they’ll not have long to wait before the action starts again.

January looks set to be a very busy month for those aspiring players who have their hearts set on a tour card. The European and UK Qualifying school will take place in Niedenhausen and Milton Keynes respectively. Both events will take place between 9th-15th of January. Milton Keynes will then host the first five Challenge Tours before the first televised event (The Masters) is held on January 28th.

After the 128 Tour Card Holders have been announced, two Players Championship events will take place to kick start an exciting season for the new players.

The Ferret will be looking to make a solid start to his title defence when the Premier League returns, in Cardiff, on 3rd February. The popular competition, full of the best players, will continue to move around the United Kingdom and into Europe before reaching an exciting finish with the playoffs in Newcastle on May 26th.

James Wade will be hoping to defend his UK Open title when the popular festival returns to Butlin’s Minehead Resort from March 4th-6th. The busy calendar continues to move his way through and the World Cup of Darts will be held in Frankfurt from June 16th-19th. It’ll be a month away from televised events for the players before they make the trip to Blackpool for the World Matchplay from July 16th – 24th. Peter Wright will have his eyes on retaining the title at the famous Winter Gardens.

The darting community will then head to Amsterdam for the World Series of Darts Finals that start in on September 16th and will run to the 18th. It’s then over to the Citywest Convention Centre in Dublin for the World Grand Prix with The Ferret arriving as the reigning champion. The competition will take place between October 2nd – 8th.

As the darting calendar approaches the end of October, the top 32 players on the European Tour Order of Merit will head over to Dortmund for the European Championship. This will take place between October 27th-30th.

The details for the remaining months of the calendar are set to be announced in the near future.