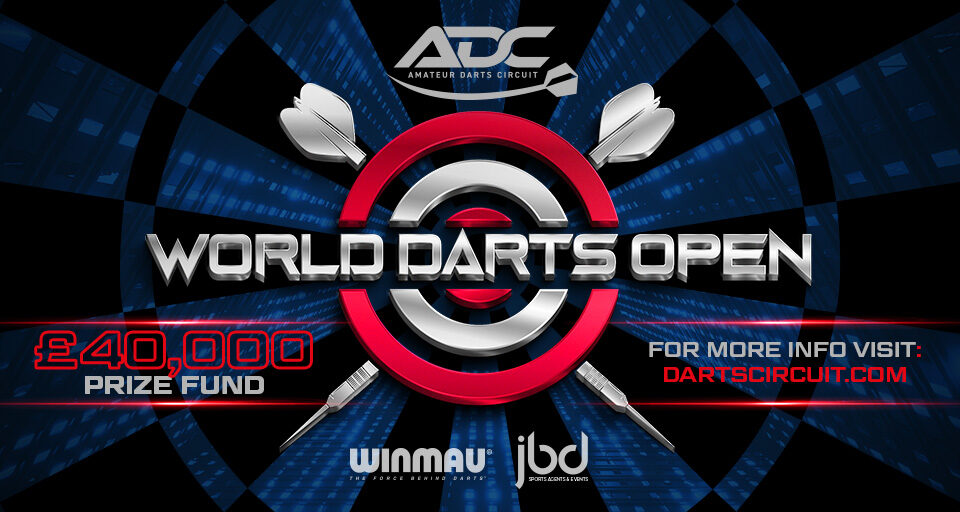 Amateur Darts Circuit announcement of the World Darts Open as their Premier Event. ” To have three World Championships didn’t fit right with us.”

Steve Brown and Scott Hunt talk you through the changes and the great news that is coming up with the Amateur Darts Circuit. As the World Darts Open just being the start.

A one-of-a-kind round-robin tournament open to players from all over the world. The World Darts Open will feature competitions for both men and women, with a total prize pool of £40,000.

In the round-robin stage, each player will be guaranteed at least three games (subject to maximum entries hit).

Any player can enter that does not hold a PDC Tour Card.

Players / Spectators will arrive on site.