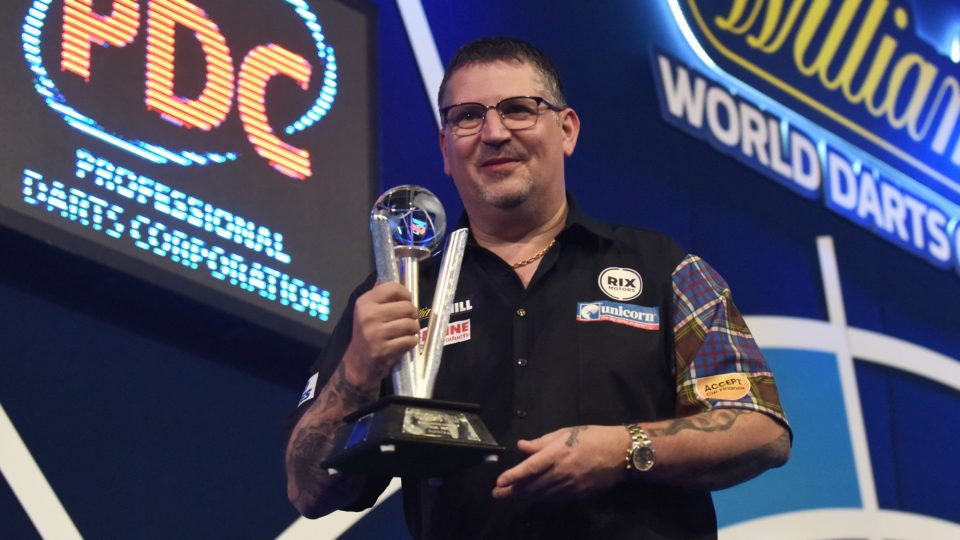 Over the last two years, there has been much speculation that the 50-year-old Scot was ready to walk away from the sport after long term battles with back and knee injuries and in recent time players cheating on the oche.
This morning Anderson has banished those rumours by signing a new long-term contract with darts manufacturer Unicorn, with a promise to add a third world crown to his long list of PDC honours.

Anderson On The New Deal

“I will win another for sure! I have that hunger and desire back, and despite everything, I still love playing this game. I’m old school and just want to play darts the way it should be played and I want to prove a point to all the doubters but more importantly to myself.

“The last year has been tough for everyone, but it is time for me to take up the challenge with Unicorn in my corner. They have stood by me for over a decade, and it is the perfect partnership all round.

“I really savour the combat on the big stages in the big tournaments. In the last few months, I managed to get to the two biggest finals at the World Matchplay and World Championship without playing well. I truly believe if I can get to anywhere near my best, I will be a major threat.

“There isn’t just one dominating. We all know how good Michael van Gerwen is but nobody is scared of him anymore. Price is a deserved World Champion. Peter Wright will still be challenging. Jose de Sousa has already proved how good he is and I’m a big fan of Nathan Aspinall, while Joe Cullen and Devon Petersen are now in the mix.”

The new deal will take Anderson’s association with Unicorn to 15 years, much to the delight of Managing Director Edward Lowy “Gary is an absolute legend of the game, a status that many aspire to but few achieve. We have been delighted to be companions on Gary’s darting journey around the World and thrilled to be helping put more fuel in the tank for many years to come.”
Only a few weeks ago Anderson lost to new World No.1 Gerwyn Price in the final of the 2021 World Championship. In total Anderson had reached five world finals but still believes there is one more in the tank. Anderson will be back in action this weekend at the Masters at Milton Keynes as the 2021 season gets underway.