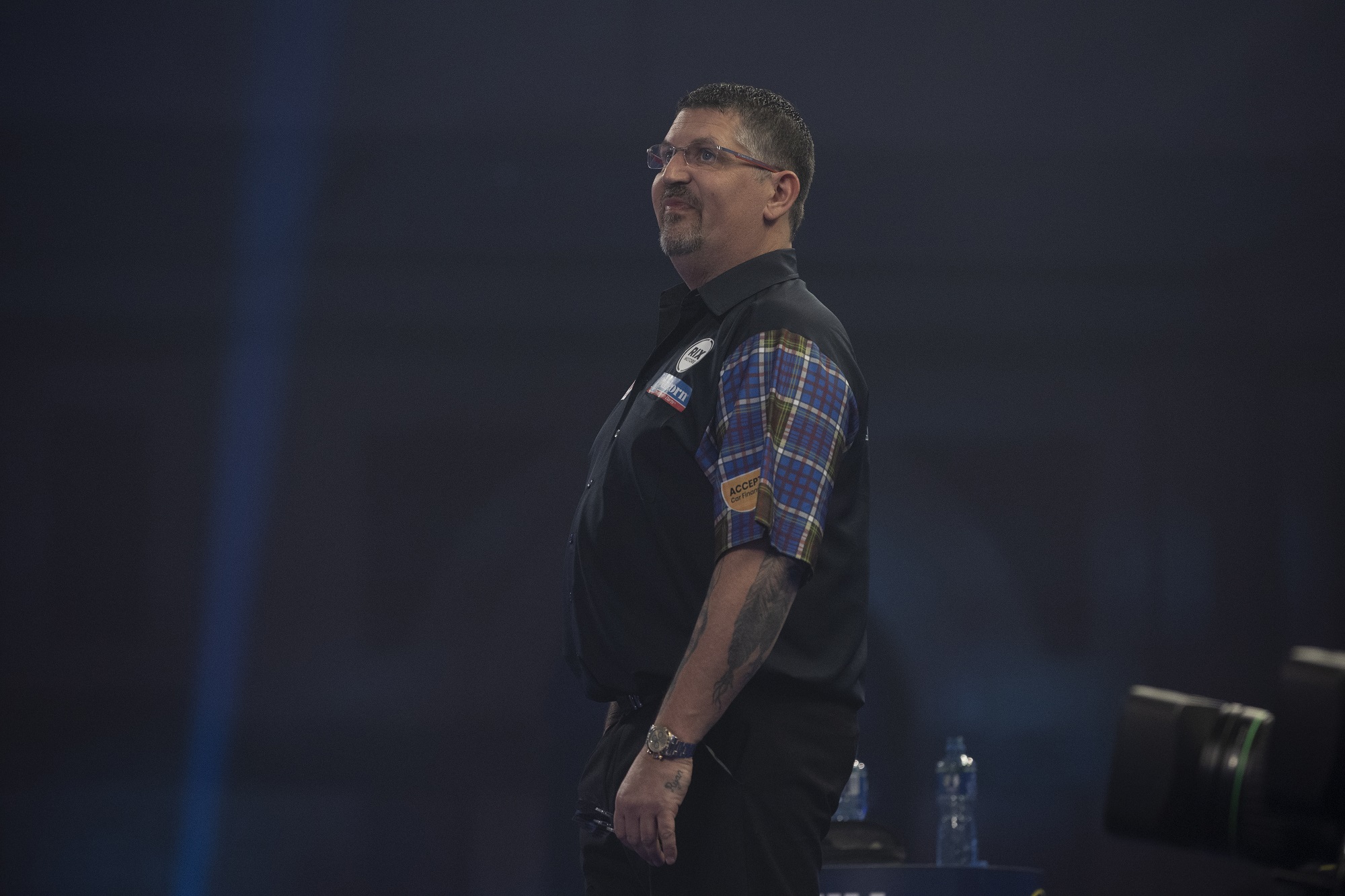 Gary Anderson launched in to a scathing attack towards the Sky Sports punditry team following his drama filled victory over Mensur Suljovic.

The Flying Scotsman earlier came through his last 16 encounter with Devon Petersen in straight sets, despite not playing at his top level, and spoke to the wider media for the first time since his victory over Austrian, Suljovic.

The two-time former World Champion opted to use the opportunity to place Wayne Mardle and Rod Harrington in this cross hairs, following their insight into the ill-tempered last 32 clash two days ago.

“What a ticket, proud of you Wayne”

Five time semi finalist, Wayne Mardle, was the first to come under fire from Gary Anderson as he launched into the Sky pundit on his own accord.

“Wayne Mardle’s comment the other night, what a ticket. If you’re playing a player you need to put him off. Slow him down. That’s coming form a commentator, on Sky.
My Way of playing darts, you go there, if he hits a 100, you hit a 140. He hits a 140, you hit a 180. Pressure on, try to out score them, try to out play them, out finish them”

Anderson continued his outburst questioning the message it sends to young players if you champion this behaviour.
“Now Wayne is telling everyone, if you’ve got a problem with a player, slow him down, or do what you can to put him off. What a numpty! That’s absolutely great for television, and it’s a great thing to tell kids what to do, isn’t it? Proud of you Wayne”

Much speculation has surrounded the future of Anderson’s career, with many suggesting he will only play for a handful more seasons.

However, the world number 13 may have found a new fire in his belly to play beyond that thanks to Rod Harrington.

When asked if his previous threat to walk around the game was serious Anderson responded with “I probably would have done, until Harrington piped up. Now i’m gonna play, and i’m gonna play for a long time”
“I had a year or two years left, not now. If i can make it till i’m 90, just to make sure I cheese him off, i’ll be playing until i’m 90. Sorry boys, I’m Back”

When followed up on Harrington’s comments, specifically if they hurt, Gary continued “Especially when they come from commentators, and directors of the PDC. They keep going on about me moaning, but i stick to the rules. I’m a stickler for the rules, and i play the game how it is supposed to be played.”

The Flying Scotsman awaits the winner of Glen Durrant or Dirk Van Duijvenbode in the Quarter finals, and you can hear his thoughts on those potential match ups and more in the full interview below.