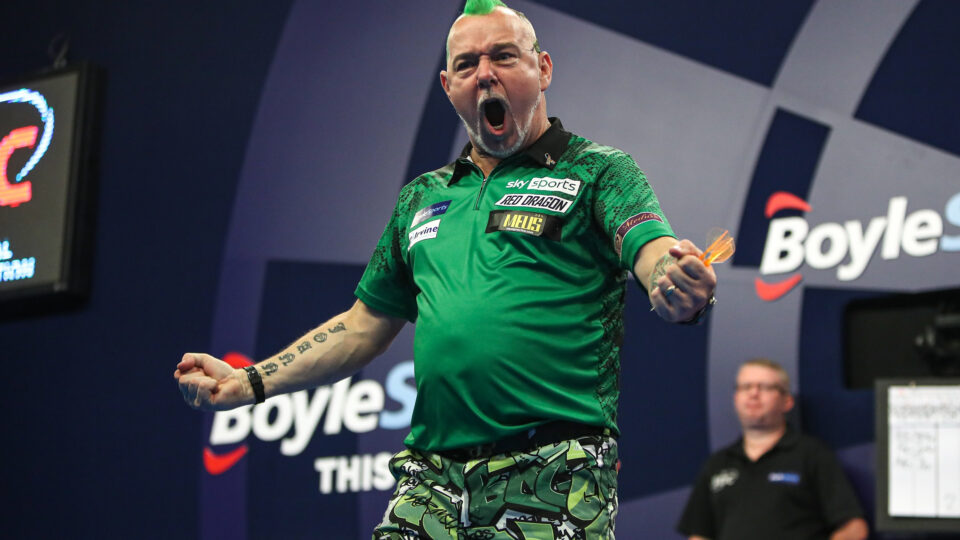 Jonny Clayton will not retain his World Grand Prix after Dimitri van den Bergh defeated him 3-2.

The first set was a scrappy affair, with the only real talking point being Jonny Clayton nailing a 92 out after Dimitri missed 2 darts to break. The second set was moving along nicely until van den Bergh banged in a 180 and took out 54 to break in the fourth leg and nick it.An early break for the Belgian in set 3 was backed up with a 113 out to hold. Despite a hold from Jonny, Dimitri replied with a 153 finish to stroll into the lead.

The next set was ticking along similarly, until a fantastic 112 from the Dreammaker moved him within a leg of the match with Clayton on a double. Van den Bergh then missed the bull for the match which was punished by a 104 from the Ferret. Dimitri missed another match dart on D16, allowing Jonny to take us to a deciding set.

It was the Belgian that cam out on top though, producing a fantastic set up shot of 174 in the deciding leg to eliminate the plucky Ferret.

MVG holds off a resilient Bunting 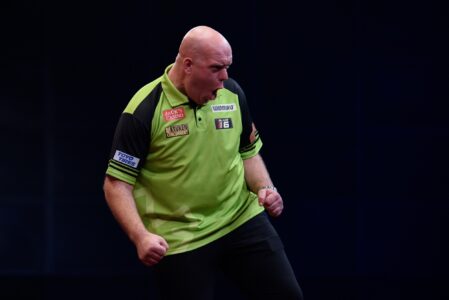 The Dutchman lost the first set after squandering 4 darts for the set. Bunting produced a killer 102 to break the throw and then punished on a 48 to hold and win. MVG roared back in the second though, breezing to an unanswered set.

The five time champ did not let up, winning the next leg by around 300 points before nailing a 150 out. Van Gerwen won 7 legs in a row before Bunting stopped the rot in the fourth set. Then it got interesting as Bunting hit a timely 180 o allow him to claim set 4.

The final set saw Michael punish the Bullet for two missed doubles in the opening leg for a break. Bunting pushed him all the way, but MVG held out to progress into the quarter-finals. 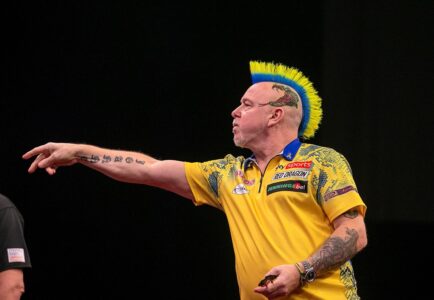 Peter Wright came from 2-1 behind to beat the Polish number 1 in a deciding set.

The Scot won the opening set after 5 consecutive breaks. After the interval, Peter Wright changed his darts but his form continued. He gave himself multiple darts for 2-0 but surprisingly missed them all. Ratajski took that set and the one after that which left Snakebite to revert back to his old darts.

These darts inspired 6 legs on the trot to spare his blushes after all of his fighting talk. Wright was definitely the better layer though, with 8 maximums and 40% on the checkouts being impressive stats.

Chris Dobey came from behind to kill the hopes of an Adrian Lewis revival here in Leicester.

Hollywood had a horrible start to the match, averaging 50 to Adrian’s 100 at the first ad break. Then Dobey decided to play darts. A 3-1 win in the next set levelled things up as he rediscovered where D16 was. Jackpot missed 2 darts to lead 2-1 in sets, before Dobey punished with a brilliant 111 out.

Aidy held his nerve to level the game with consistently good starting doubles. The match was won in a sudden death leg by Dobey who took out 100 after Lewis missed a match dart at bull. A great example of set play drama.