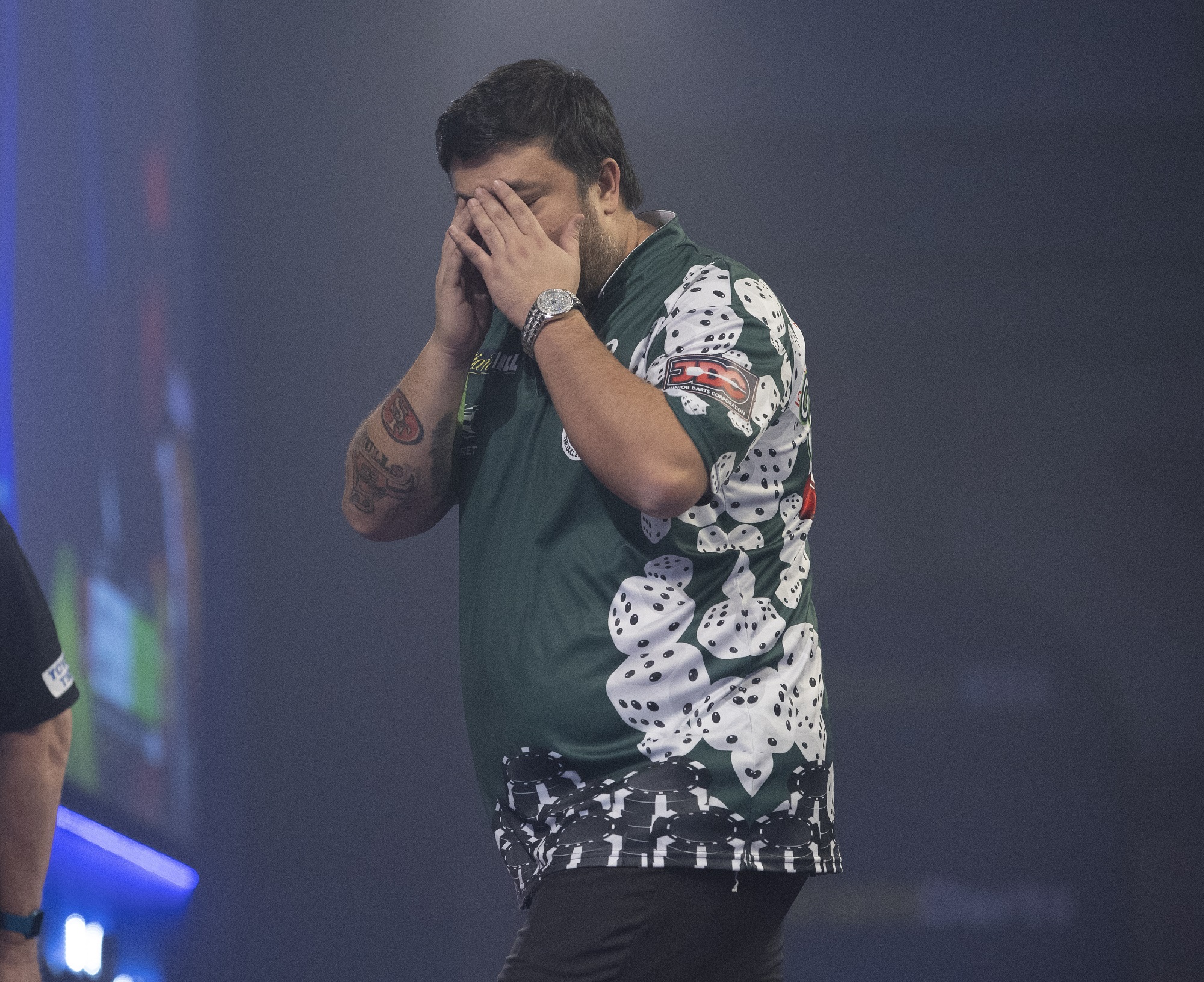 Danny Baggish on getting COVID19  “I had never felt anything like it before, I was hurting so bad.” New PDC Tour card holder Danny Baggish speaks to Online Darts about his COVID-19 experience.

The Gambler went into day 4 of Q-school with 0 points and produced another remarkable final day display to secure his tour card. Following a solid performance at the World Championships, which included a victory over two times World Champion Adrian Lewis. Baggish was seen as one of the favourites to secure a tour card but left it late at both stages, living up to his nickname.

For a time however, there was a chance that Baggish would not be healthy enough to even arrive at Q-school, never mind replicate his recent form.

The American contracted COVID-19 shortly after travelling back to America following the PDC World Championships;

“I switched to my new darts the moment I came back, I was throwing really well with them. I played the CDC, I had do finish that tour off. I played Gary Mawson in my last match, with my new darts I won 8-1 with almost a 107 average, I was buzzing, I felt so good, and then I got sick…”

“I couldn’t move, my bones were hurting. I knew I had COVID, I went and got tested and it came back positive. It hurt me badly, there were a couple of times I wanted to go to the hospital, but it wasn’t to where I couldn’t breathe.I had never felt anything like it before. I was hurting so bad and just from going to bed and waking up. I had started coughing a bit so put my mask on just in case. When I woke up I couldn’t move.”

With such a short window of time between PDC events, the timing of the illness couldn’t have come at a worse time for Baggish, just weeks before he was due to compete for his tour card at Q-school.

“Once that was over with, I only had a week and a half to prepare, I couldn’t stand up. I’d throw one or two darts and I’d me out of breath. I was scared I would miss my opportunity again”

When he arrived in the UK before Q-school; “the most I could play was maybe 5 to 7 games. My legs were starting to hurt if I stood for too long and I had to sit down.

Bagish also spoke about getting advice throughout and before Q-school from PDC professional Matthew Edgar as well as former professional and commentator Wayne Mardle. Including how Edgar had advised him on adapting his practice schedules so as to not tire himself out as he was recovering.

The American has remained in the UK following his remarkable Q-school experience and will be appearing in the PDC Super Series event which starts next week on the 25th February.