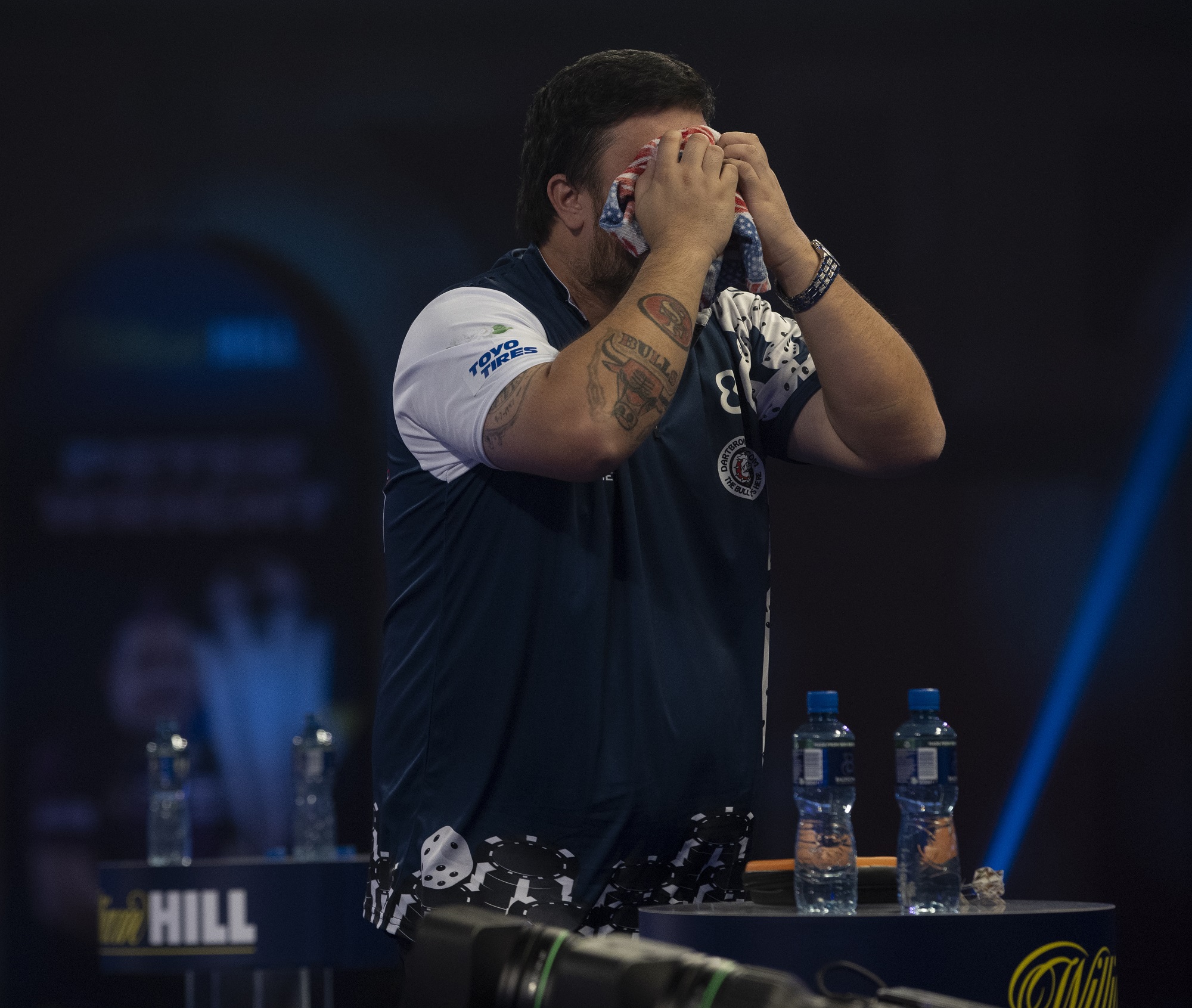 Danny Baggish on winning his tour card “When I lost 6-2 I thought I’d bottled it.”

Similar to Stage One, Baggish left himself with it all to do on the final day, and once again he delivered.

It was exclusively revealed on the Online Darts stream, that going into the final that day, Danny wasn’t aware of what was required to qualify and thought he had missed out.

“When I lost 6-2 (to Scott Mitchell) I thought I’d bottled it and let myself down.”

The moment this all changed, was when he turned around and saw Dan Dawson.

“Well after I shake Scott’s hand, the score keeper’s hand and grab my stuff. I look up and I see Dan Dawson standing there and he’s kind of smiling.”

“I’m thinking I just lost what are you smiling at me for you know, but I felt like that was the first tip that I got through.”

The Gambler is soon becoming a fans favourite, and wanted to make sure that all the support he had received hadn’t gone unnoticed once he had won his card.

“I was just so excited to get back to everyone that wrote me, because everyone over here and back in the states was just so great with messages. Not one negative person which was very surprising I’d say”

“You guys know how emotional I get and so forth, that’s because I care about the game, I care about my results and I care about what people think. I’m just mentally strong, I can deal with all of it, so yeah it was it was just relief (winning my Tour Card).

Listen to our full exclusive interview with Danny Baggish below.