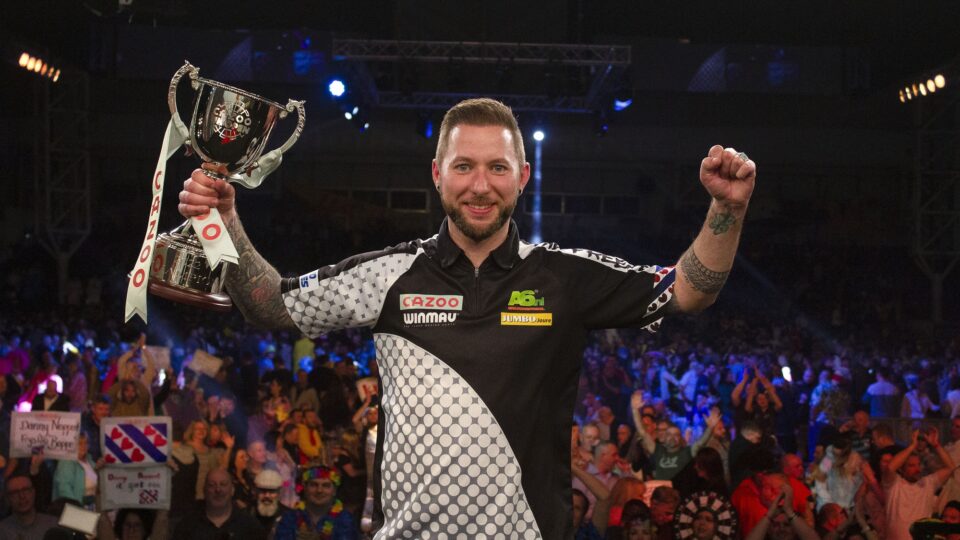 The Freeze produced an excellent display in the final to claim his first ever PDC televised title beating two time world championship finalist and recently promoted world number 4 Michael Smith. The win catapults the 31 year old from Joure, Netherlands to his highest ever PDC order of merit ranking, 12th.

Smith was the quicker of the two out of the blocks, breaking Noppert’s throw at the first time of asking. He followed this by taking out 124 on the bull to take an early 3-0 lead. Noppert began to settle in and after holding in the fourth leg and then aided by loose darts and a bounce out from Smith, broke back to reduce the deficit to 3-2 at the first interval.

Both continued to attack their opponent’s throw after the restart, exchanging consecutive breaks for the first four legs of the second session. Noppert, whilst 10 points back in the averages, managed to hang around in legs and took his chances to tie the game up at 5-5 at the break.

Double 10 vital for the Dutchman

A pattern emerged in which Danny Noppert repeatedly hit double ten with his last dart in hand, he was fighting for every leg.

With the tie finely balanced at the start of the third session, Smith managed to find a hold after missing 6 darts at doubles. From there however, Smith’s doubles seemed to abandon him, multiple missed darts at doubles opened the door for Noppert to break and go ahead for the first time in the match. Bully boy quickly returned the favour and after 14 legs the two could not be separated. The 31 year old from St Helens managed to get his nose ahead once again before the next interval pinning double 12 to checkout 97 to hold and move within three legs of the title.

Noppert, competing with a very pro Smith crowd, missed multiple darts at double to break at 8-8 but couldn’t capitalise on the opportunity. In the following leg Smith put in his 40th 180 of the tournament to pressure the Dutchman’s throw but it wasn’t enough and again the scores were levelled. Michael Smith missed a match dart at the bull in the 19th leg allowing Noppert to come back to pin double 4 to level the game up 10-10 and force a deciding leg.

In the deciding leg, Danny Noppert got off to a slow start but then with Smith on throw, found a 180 at the perfect moment to take the initiative and found himself at the oche with three darts to take out 40. Needing only one, he pinned double top to secure his first PCD televised title. 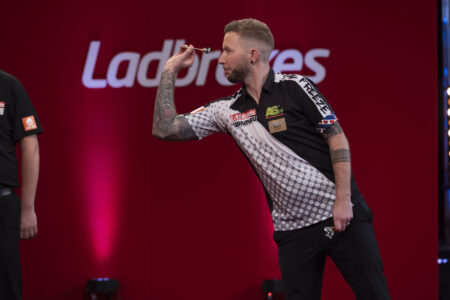 Earlier in the Evening

Earlier in the evening; Both finalists came from behind in their semi finals. Michael Smith was at one point 6-2 behind against Keane Barry before rattling off 9 legs on the spin for a convincing 11-6 win. Noppert however came through a much tighter game with O’Connor in which the Irishman came out of the blocks fast racing to a 5-1 lead. Noppert however fought his way back to 8-8 before edging out his opponent 11-9.