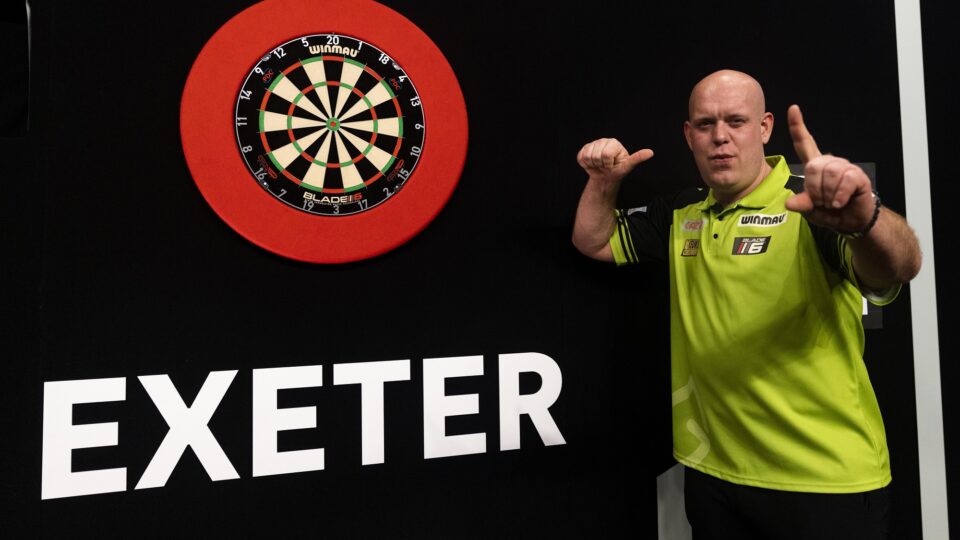 Following on from a fascinating weekend at Minehead for the 2022 UK Open, we return Premier League action in Brighton.

A huge change in the rankings last weekend means we will see, Peter Wright called onto the stage as the World Number One for the first time.

World No1 to meet The Ferret

Peter Wright’s first game as World Number One will be against Jonny Clayton.

Snakebite looked in sensational form last Thursday before a disappointing final. That followed up with a shocking defeat on Saturday night in the UK Open to William O’ Connor. A tournament which he was close to pulling out of.

Snakebite’s opponent in Brighton will be Jonny Clayton. The Ferret has had a mixed start to this year’s Premier League.

After two events he had reached two finals, including winning night two. He’s followed that up with defeats in the Quarter-Finals and will know he will need to be in better form to get the get of the new World Number One.

The winner will take on the victor from our opener, as UK Open Finalist Michael Smith takes on Gary Anderson.

It was a poor weekend for Gary Anderson, who lost to James Wade last Thursday, before an early exit at the UK Open to Michael van Gerwen.

For Bully Boy it was a mixed weekend, after getting his first win in the Premier League on Thursday, he reached another PDC TV Final, however, he lost the last leg decider to Danny Noppert.

World No3 takes on World No5

Peter Wright overtaking Gerwyn Price in the rankings wasn’t the only change last weekend. Michael van Gerwen was World Number three this time last week, however, he currently sits in World number five, after being surpassed by Michael Smith & his opponent this week James Wade.

This week his campaign will start against The Green Machine.

Michael van Gerwen will be looking to win the second night of Premier League action, after dismantling the field by only dropping three legs in Exeter.

The winner will play either Price or Cullen.

It’s been a disappointing seven days for these two players which included in the Quarter-Finals last week, so both will be hoping for increased performance and getting over the line in this game.