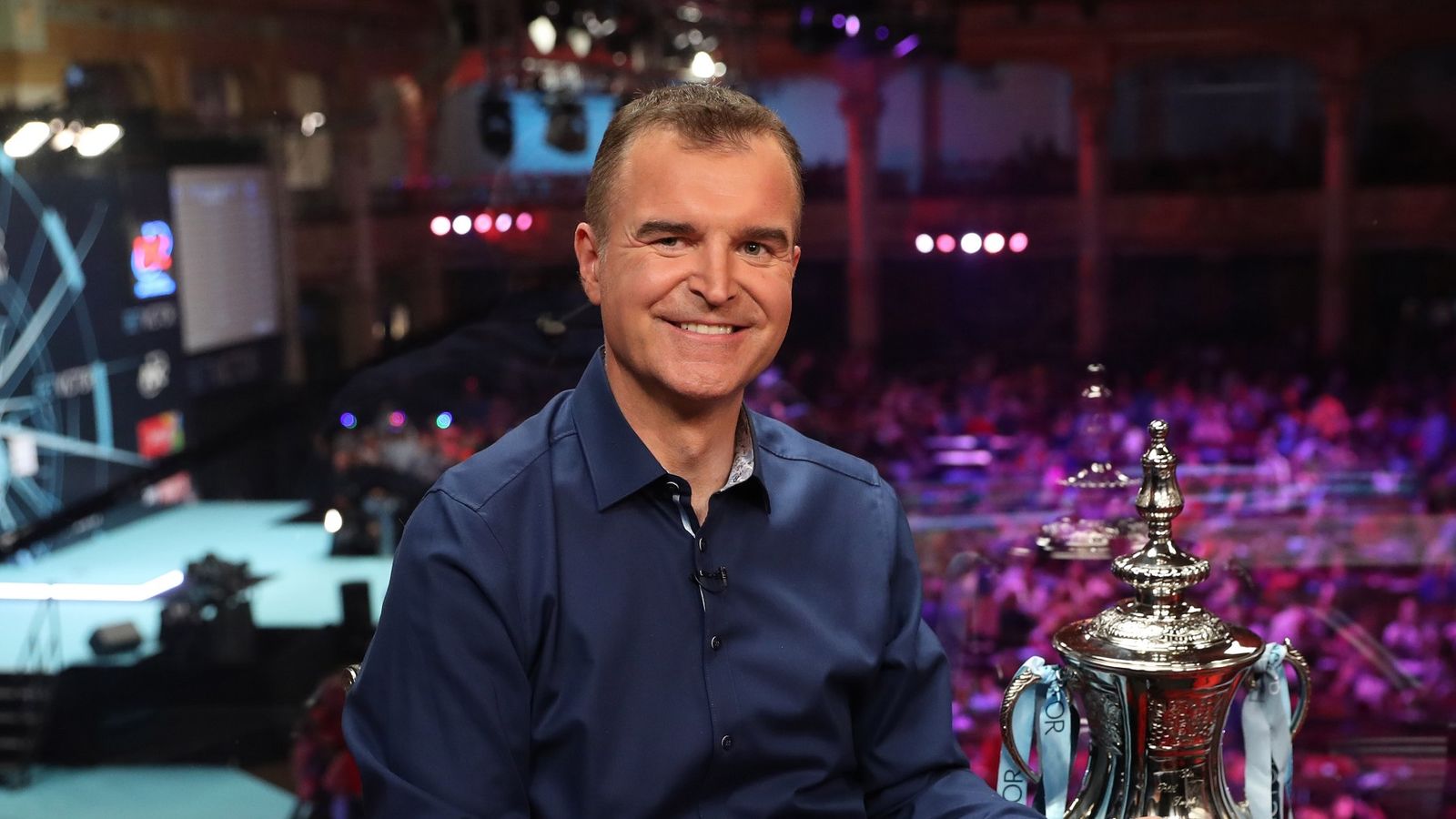 Dave Clark is stepping away from his role as Sky Sports lead darts presenter after two decades as the captain of the ship. Clark announced on Sunday evening, just after the final of the PDC Summer Series.

Clark has anchored darts on Sky’s during some of the most epic nights in the history of the sport. These include the greatest game of all time, the 07 final between Phil Taylor and Raymond van Barneveld, and the night that Taylor hit two nine darts legs in the same night.

“When I was diagnosed with Parkinson’s a ‘specialist’ said I’d only be able to present live sport for two or three more years.

“Nearly a decade after that diagnosis, I can still present live television, on stage; in front of 10,000 people. I’ve decided I want to stop now, still in control; still able to do the job, still able to enjoy it.

“The last thing I want is for someone to throw in the towel for me or for darts fans to feel uncomfortable or sorry for me as my Parkinson’s progresses.

“There have been a few occasions when the on-air clock has been counting down, and my medication hasn’t kicked in.

“My body rigid and shaky, my joints painful and hands so stiff I couldn’t hold a microphone, write my name or do the buttons up on my shirt.
“I’d be praying my pills would start working. The combination of adrenaline, enthusiastic energy, medication and determination always got me through, but that won’t always be the case.”

“Lockdown has given us all a lot of time to think, on occasions too much time; but it’s given me time to sort out my priorities. Family comes first. I’m keen to spend more days with my wife and two sons. Time is a real luxury that so many have been denied during this difficult period.”

“I’m NOT giving up on life, just stopping doing the darts. I intend to keep busy, writing a book about my time presenting during some of the sport’s greatest years. I’m hoping to stay involved in broadcasting in some capacity and will continue to raise awareness of Parkinson’s and fundraising to find a cure through my chosen charity Parkinson’s UK.”

It’s been an AMAZING journey, but now it’s time to bow out of @SkySportsDarts
22 years on Sky, nearly 10 years with #Parkinsons
Brilliant memories, brilliant people.
Just stopping doing the live darts .. NOT giving up on life. 100% my decision x pic.twitter.com/kJFEYNp4B2

From us here at Online Darts Thank you, Dave.