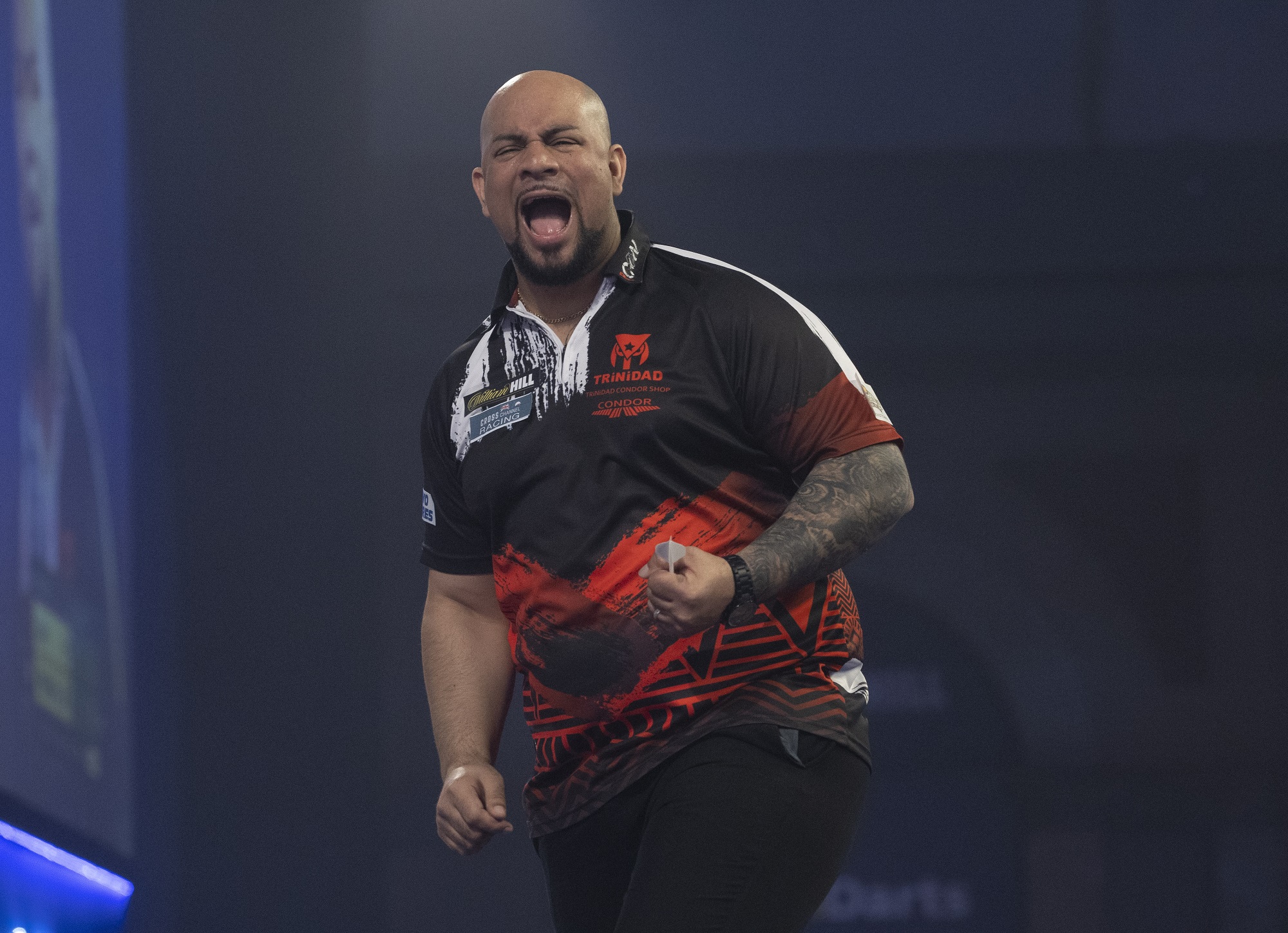 Devon Petersen blasts slow play tactics in darts to put off opponents, branding it similar to “spitting in somebody’s face”.

The South African was sub-par in beating Jason Lowe 4-0 to book a meeting with Gary Anderson in the last 16. Anderson was subjected to said slowing tactics in an ill-tempered 4-3 win against Mensur Suljovic last night.

In his post-match press conference, Devon was confident he could raise his game to beat Gary, but insisted that he would not resort to any antics on the oche to put off the former world champion.

After all the controversy last night surrounding Mensur’s style in disrupting Anderson’s rhythm, Petersen was asked if he would resort to the same antics when he plays Gary in the next round.

“Never. If you’re not good enough to win with your skill and ability alone, then that’s it.”

Devon showed a lot of respect towards Gary, understanding the Flying Scotsman’s reaction to Suljovic and his slow play as he blasted the slow play tactics of the Austrian.

“Obviously people want to win the money and the prestige, but win it outright. Gary Anderson is old school. If you beat (him) with scoring and finishing he shakes your hand and walks off, ultimately respectable. If you use tactics like that, he won’t respect you at all.”

“It’s not just Gary that respects you. The public can see it as well, the darting community. Even amongst your peers you see your colleagues look at you differently.”

On whether he felt it was a deliberate ploy by Mensur to rattle Gary’s cage, he played it down somewhat:

“I don’t think that he done it deliberately to put Gary off. It was more just him playing his pace.”

“If Gary controls the pace then he steers the ship. I don’t think (Mensur) is comfortable enough with his pace as he hasn’t put it in play as much as he has wanted to.”

“It was like The Titanic, a three hour battle- ship against the iceberg and the iceberg won!”

Petersen believes he can raise game to Anderson’s level

Devon himself was not up to scratch, averaging just 91 in seeing off Jason Lowe. He believes he can make the step up in time for Anderson, though.

“I’m getting there slowly but surely. I feel like I’m 70% there just now, hopefully 80 or 85% by tomorrow and give Gary Anderson a run for his money.”

But Petersen hinted that Anderson could be there for the taking after getting riled up last night.

“Mentally, it doesn’t show a weakness but it does show vulnerability. Sometimes you have to adapt to the way the game is played and just do your best.”

“Tomorrow’s gonna be absolutely all guns blazing, who’s got the biggest punch and that’s it.”

“I won’t be as slow… but I’ll definitely not choose the right table!”

Devon Petersen takes on Gary Anderson tomorrow afternoon in the last 16 of the world darts champiosnhip.

Check out the interview where Devon Petersen blasts slow play tactics in darts in the link below: