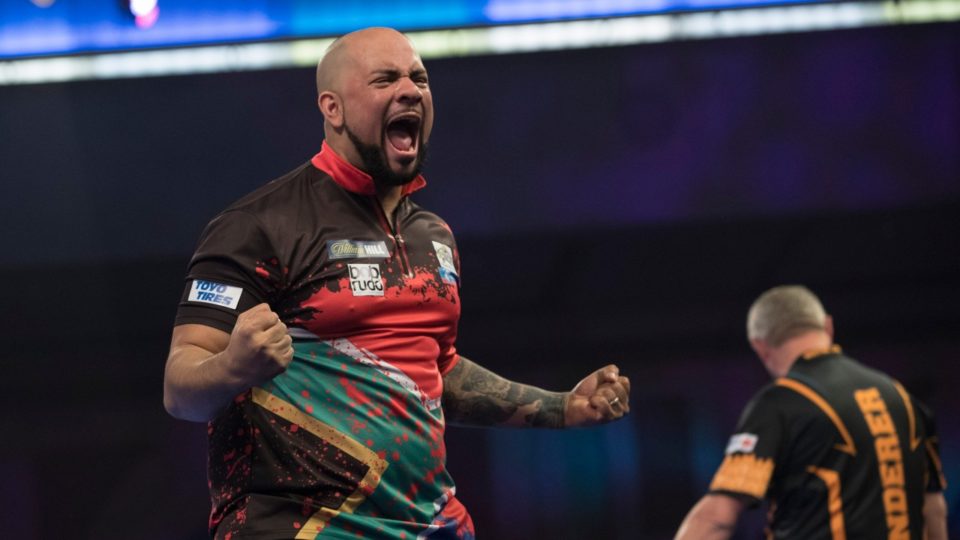 Devon Petersen on the Grand Slam “Last year you saw the gap in performance wise between the BDO and PDC players.”

In the buildup to the Simmer Series, we spoke exclusively to Devon Petersen. In an extended interview, we covered many things with Devon from his form, his change of manufacturer and getting used to new equipment, the Summer Series, the Grand Slam of Darts and the qualification for the tournament, the impact of the BDO on the Slam. With Petersen coming from South African, and many sports having a ‘quoter system ‘ Devon spoke openly about the Black Lives Matter in sport campaign.

“You use to have the top players still playing in the BDO, now a lot of those top players have moved over. I’m not saying those players currently in the BDO aren’t top players, but mean looking at profiles, players that have come across and completed.

“Now it’s kinda like not the same. Darts now don’t need the mix mash of tournaments; they need new names, new faces, new profiles new people to support which the Grand Slam allows for that which is fantastic.”

Petersen goes on to say how he thinks Barry Hearn will freshen up the Grand Slam this year.

“I think the way in which they will probably expand it is from a woman’s perspective. And open it up to a woman, maybe a women tour and so on and adding their names and changing it up in that sense.

“But I don’t think it loses any shine the PDC is floating; it’s an animal and beast on its own to me the Grand Slam will be just fine to me.”

Petersen commentated on a lot of the Grand Slam last year for Sky Sports.

“I commentated on a lot of the Grand Slam, and you saw the gap between the players it’s self BDO performance-wise verses the PDC and because the PDC players or the top players who have exposure to the big crowds and all that.

“The BDO guys struggled with the exclusion of maybe Jim Williams he played really well. But everybody else kinda came in and just experienced it they were bystanders of performances.”

Petersen still hopes to be at the Grand Slam as a player this year with a great run at the Summer Series in Milton Keynes.