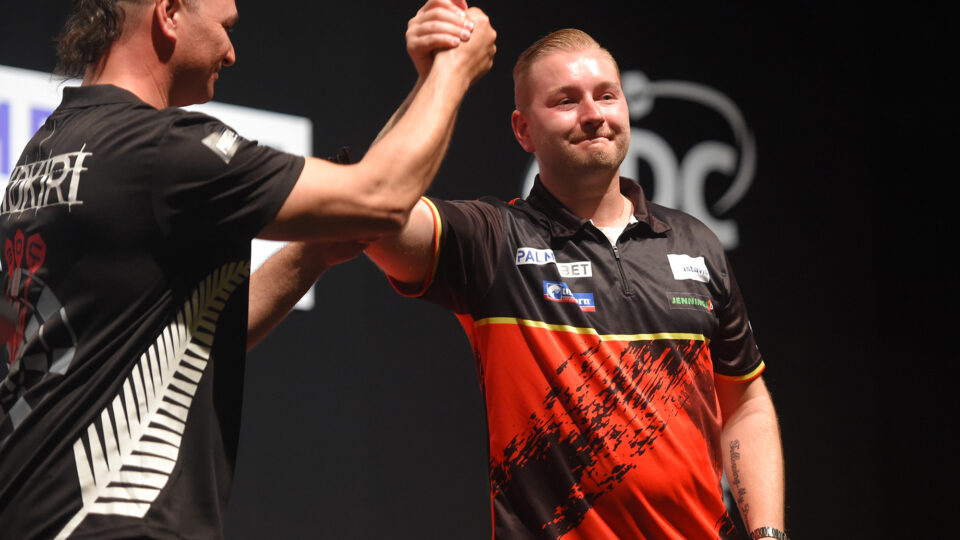 Van den Bergh defeated Koha Kokiri in the first round of the Queensland Darts Masters with a score of 6-2 while he was in awe of Townsville upon his return to Australia.

Peter Wright’s operation caused him to be called up to the lineup and he reflected about how much his original itinerary had to change.

He may be focused on winning a third consecutive World Series, but Joe Cullen is the player he is most interested in beating.

Speaking of Wright, he claimed that despite their previous friendship, they had a frosty handshake at the World Matchplay and that they haven’t spoken since.

“I haven’t heard or seen anything of the family. I’ve managed to get a little bit of information that he’s having surgery, hopefully he’s doing well but no message, no talk.”

“It was tough, I was talking a little bit before thinking wow you’ve been in Townsville all day, it’s sort of a paradise. Beautiful weather, they call it winter, it’s still over 24 degrees. It’s different gravy but very proud and very happy that I managed to get through. I didn’t play so bad, my opponent the couple of chances he got he took them. Fair play to him,”

“I did have a lot of things planned in August. I’m a JDC ambassador, we’ve got a tournament this weekend trying to get all these guys ready for Gibraltar. Unfortunately I’ve had to cancel but what an experience I am having so I have had a lot of things to change but all for the good.”

“At the moment I still have that chance to do it but one game at a time. Make the most out of the experiences, Joe is playing really well at the moment. Feet on the ground, get yourself ready.”