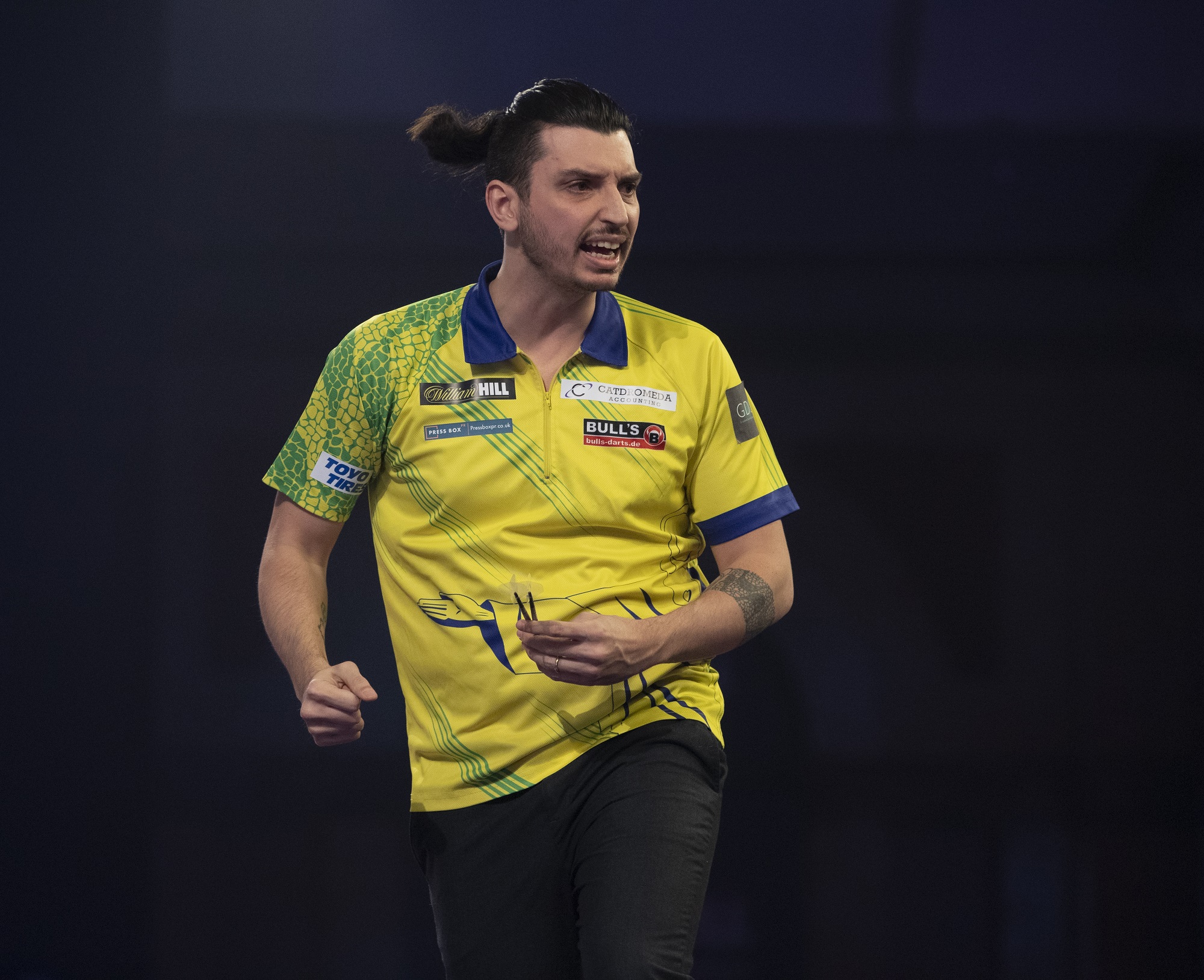 Brazil’s Diogo Portela opened up on an extremely difficult year for him after his round one victory over Steve Beaton at the World Darts Championship.

Portela admitted he was thinking about committing suicide during an extremely difficult year, which included his new born daughter having to have life saving surgery.

He also explained how he managed to get help through the PDPA, and how important it is to open up about problems people might be facing.

After the match, The Braziliant was overcome with emotion. It’s his first win in four attempts on the biggest stage of all, and is the first Brazilian to taste victory at the Alexandra Palace.

Seemingly surprised by his victory, the Brazilian said “I don’t know where that came from. I have been practicing at home and couldn’t average over 75, I was switching darts, switching techniques… I don’t know what happened tonight”

After the match, he was asked what he had been through this year.

“What I went through this year I wouldn’t with on my worst enemy, it was bad, I really went to dark places in my head.

“It was just too much, I had my first kid, my daughter, she was born with a condition in her stomach and had to go through surgery.

“I have struggled mentally this year and thought about quitting darts. I was thinking about killing myself.

“I wouldn’t want my worst enemy to go through what I went through, it was too much, that was due to be my last game, but I won and I have one more game.”

When asked how he kept his emotions in check throughout the match, Portela laughed, exclaiming “I didn’t!”

After reaching out to Alan Warriner-Little, CEO of the Professional Darts Players Association (PDPA) with a message simply saying “Mate, I need help” Portela has been receiving therapy from Sporting Chance, a treatment provider aimed at professional sportspeople founded by former England football captain Tony Adams.

“I’ve been in therapy for two or three months and they’ve helped me a lot. I wish I had done it maybe a month before that when everything was happening to me.

“I just want to tell everyone that the sooner you open up the better it is” “Don’t be afraid, really don’t be afraid to open up to anyone. Look for a specialist and believe in them because what they did to me was amazing.”

If you or someone you know has been affected by a mental health issue, help and support is available.