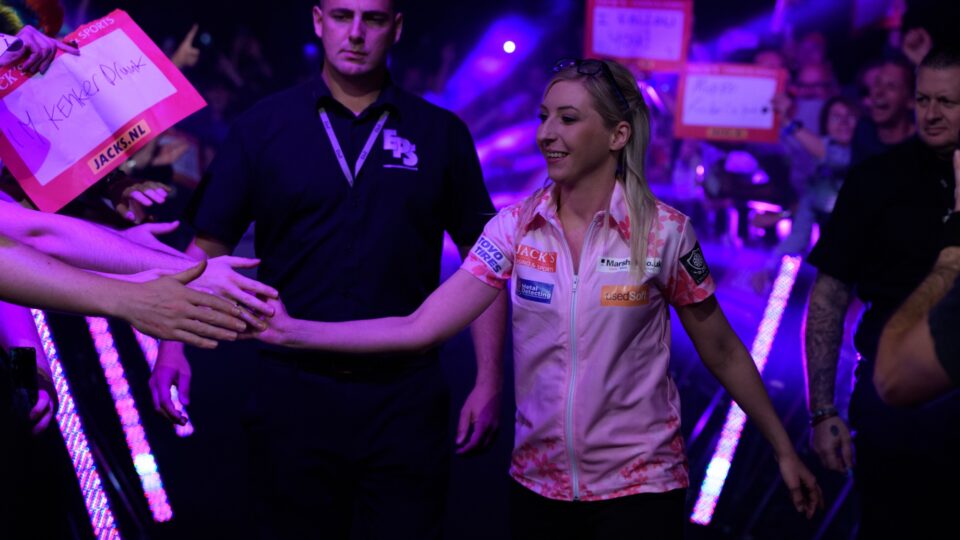 Sherrock has spent the majority of this year competing in the World Series of Darts but not having her past success on the big stage, and she confesses it has been the most difficult year of her career so far in overcoming that.

Part of that, according to Sherrock, has been the lack of match practice brought on by being the in-demand player for demonstrations, and she concedes that more emphasis has to be focused on polishing her technique.

As a result, Sherrock’s position in the race to the World Championship from the Women’s Series is now a lot tighter, as Beau Greaves emerged to challenge for second place.

“You can’t buy that experience and I’m really happy I got the privilege of going over there and seeing the other side of the world while playing darts,”

“There’s a bit more pressure this time round and I feel so tired this time around but I’m happy now because everything’s kind of starting again from scratch. It’s nearly Christmas, it’s nearly the Grand Slam, obviously I still need to qualify for Ally Pally but it’s starting again, stop and regroup and forget about everything this year.”

“I do like the exhibitions which is like playing on the stage but I still need the match practice playing my local leagues, I still need to go and play in regular competitions.”

Sherrock set to return to play at the MODUS Super Series: “I want to play so I’m going to try my best”

“I actually did feel like I should have been there. I feel like Beau’s incredible but the averages that everyone else was hitting there was really no one that was going to come up against her that weekend. I’m going into October and see what happens, if I can hit the averages that everyone else can if not better hopefully I will come back with a few titles and get to Ally Pally.”

“I did speak to my manager and did question mark that, but at the end of the day it was a once in a lifetime opportunity and I’m going to take the World Series as everyone would just bite their hands off anyway to get that opportunity. If it’s meant to happen, I’m meant to get there and if not I’ll just go next year.”

“Hopefully it will encourage other women to be like I want to be part of that but yeah I feel like the pressures off me a little bit now because everyone expects her (Beau) to win stuff now. I can kind of go under the radar now.”