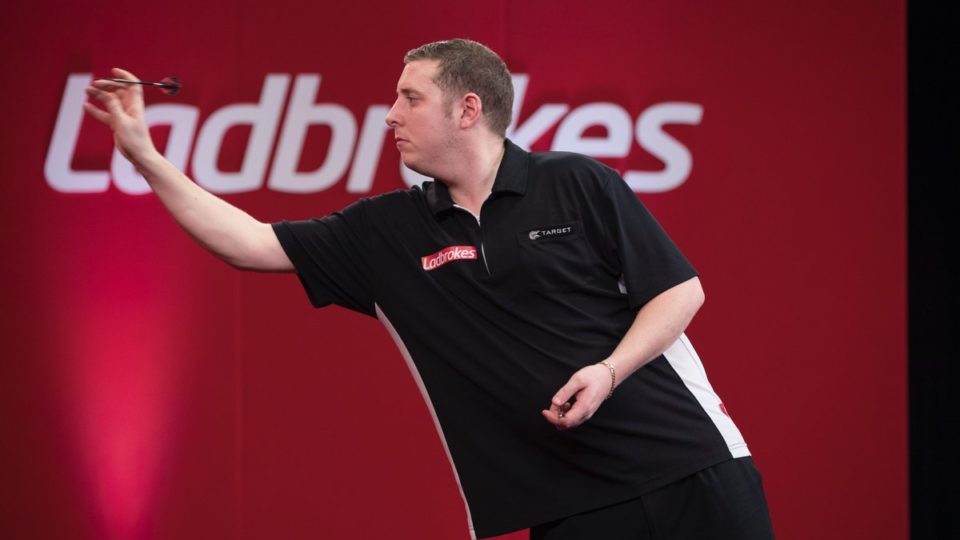 The former World Championship finalist Shepherd beat Jack Main 6-1 to win his card back for the third time since 2017.

De Vos, who won the BDO World Trophy in 2015, will be on the Tour for the first time in his career. He defeated Geert Nentjes 6-4 to earn his spot.

Rollercoaster day for Shepherd sees him win Tour Card back

Kirk Shepherd lost the 2008 World Championship Final, but for the third time since 2017, he’s won back his card at Q-School.

Shepherd won three last leg deciders, including coming from 4-0 down against Martin Lukeman in the semi final. That set up a final against Jack Main, in which he dominated.

After going 3-0 up, Main pulled a leg back. However, Shepherd was just too good. A 17 darter, followed by back to back 13 darters, saw him win 6-1 and secure his card.

View the full results from day one of UK Q-School Final Stage here.

Geert De Vos became the first player to secure a two year Tour Card with a fantastic display on day one of PDC Q-School Final Stage. The Belgian was in imperious form all day.

From the last 32 onwards saw him set up a final against Geert Nentjes of the Netherlands. After four holds, De Vos found a break of throw to go 3-2 up, before winning two straight legs. Despite missing darts for the match in leg eight, he eventually found tops on his throw in the tenth leg to win 6-4 and secure his spot on the Pro Tour.

Nentjes will be happy enough though, as he leads the Order of Merit with five points. Martin Schindler and Lorenzo Pronk made the last four, winning four points. The top eight on the Order of Merit will also win a Tour Card at European Q-School, if they do not win it outright.

Big names, such as Raymond van Barneveld, Adam Gawlas and Jan Dekker are outside the Order of Merit places after day one.

View the full results from day one of European Q-School Final Stage here.