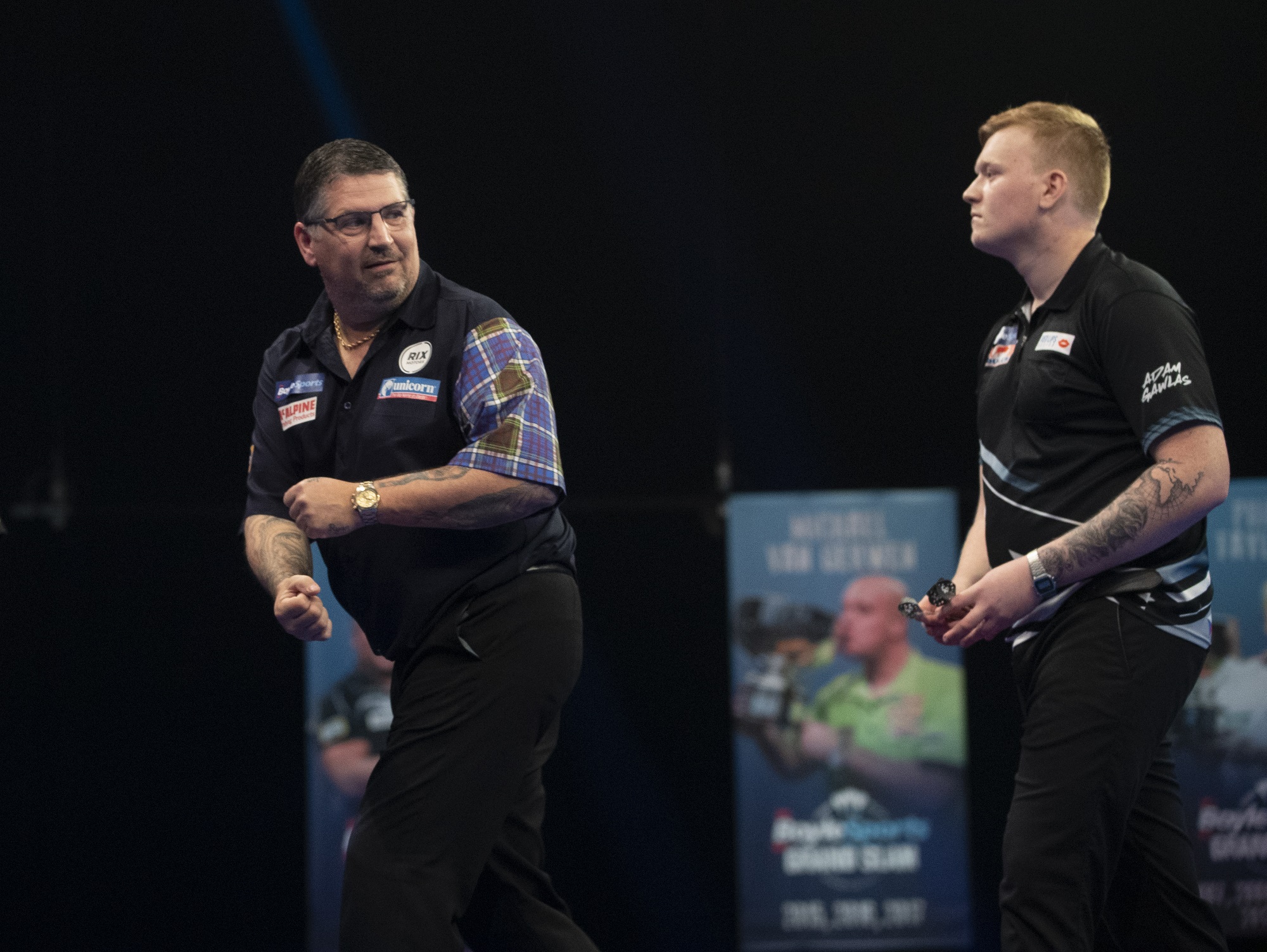 Gary Anderson on cheating, and the Flying Scotsman isn’t happy.

Back to back world champion Gary Anderson had been far from happy at this year’s Grand Slam of Darts. After walking off mid-interview after his victory over Adam Gawlas. In that interview, Anderson implied that he was fed up with gamesmanship on the oche.
After beating Ryan Searle in his final group game, Anderson opened up about he feels players are deliberately cheating against him because they know how he will react.

In his post match press conference, Anderson was asked by Phill Barrs if his comets were aimed at Gawlas? Anderson would open up that he feels there are many of the PDC stars doing it against him.

“At the end of the day, it was probably aimed at a hell of a lot of players, but like they say it doesn’t happen. If you’re gonna do something, just say look I did and I worked. I’ll know the next time. They are grown men, it’s pathetic,”

“I cannot do it back as it’s not the game. There’s certain things they do which I’m not going to get into but seems to be the same thing at the same time, so it’s obviously going about isn’t it. Makes me weak in the head because I’m actually listening to them.”
“If they do it, they’re not darts players, they’re cowards it’s as simple as that.”

You could tell by the tone in Anderson’s voice he was still furious about what had happened in his opening match of the Grand Slam of Darts. Anderson isn’t the only player to have brought this up. Joe Cullen and Jelle Klaasen have both spoke out in the last year about the problem.
The Flying Scotsman is also struggling with a knee injury. It’s clear for all watching him up on the stage at the Ricoh Arena. The damage is causing him a lot of pain at the moment. It looks like Anderson will need surgery to fix the problem, but finding a gap in the calendar could be a problem right now.

Anderson could have to battle through the Players Championships Finals and the World Championships, before having time to get his knee fixed.