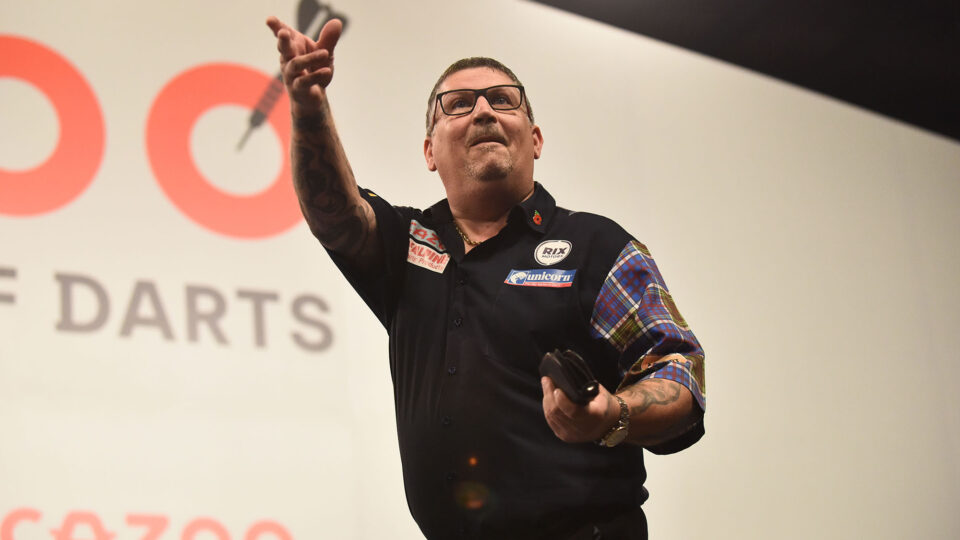 Gary Anderson on how the Grand Slam doesn’t need other organisations in it ” They used to come for a quick payday. Cut them off quite right.”

“They’ve had the choice to come and play PDC and they didn’t want it, so cut them off.”

The Flying Scotsman averaged 82.39 in his 5-1 victory over Joe Davis, but his opponent was suffering from an elbow injury which significantly hindered his performance.

Anderson said: “I know Joe has been struggling and I watched him throw darts and I knew that he’d struggle up there.

“I don’t think that helped me and I’ve never played Joe before so I didn’t know what to expect.

“There’s not a lot you can do about it as well, there’s days that you will wake up and it’ll be gone so it’s a weird one.”

Micheal Smith and Raymond Van Barneveld join Anderson and Davis in group H, and the former World Champion believes that once your retire, that should be you done with the sport.

“I know how they play and score so I’m looking forward to it.

“It’s good for him (Van Barneveld) to be back, but when you announce that you’re going to retire, I think that’s you done.”

The World Championships are on the horizon, and Anderson is hoping it hit top form at the right time.

He added: “It’s still miles off and I’ve got a few weeks to get back into it, I want to try and get back to halfway there and then we’ll see how it goes from there.”

“It’s a busy time now and I’m hoping that’ll help me out with it being darts, darts, darts for the next 6-7 weeks.

Anderson will hope to make it two-wins-from-two when he plays against Smith on Sunday evening.