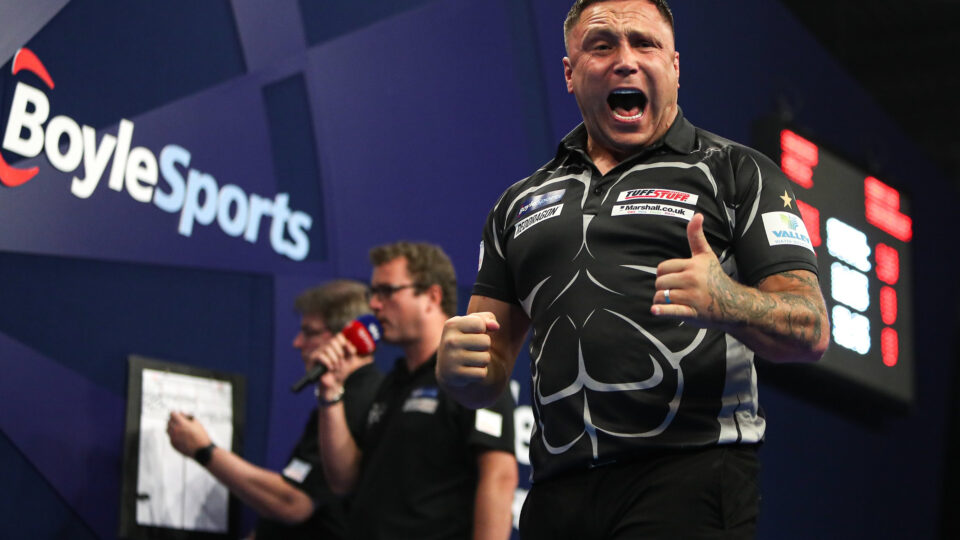 Following his World Championship victory over Michael Smith earlier this year, Wright, 52, became the first Scotsman to achieve number one in the PDC rankings.

He took that crown from Price, 37, with the duo becoming involved in a thrilling back-and-forth contest for the number one spot – with the Welshman regaining his crown in July.

Although Wright has provisionally surpassed Price at the top of the rankings following his 2-0 victory over Kim Huybrechts in the first round of the World Grand Prix, The Iceman has warned Snakebite not to get ahead of himself until after the World Grand Prix has finished.

“He hasn’t though, wait until this tournament is over. Peter’s been absolute rubbish this year, I’m not chasing the World Number One – if he wants it he can have it. But I’m sure the next couple of months I’ll get it back. Peter knows he’s number three in the world, Michael is number two and I’m number one but talk is cheap.”

“It’s not like the past with Phil Taylor bulldozing over everybody, it’d be boring. It’s not just the likes of me, Michael and Peter that can win tournaments, I think anybody can win these days.”

“But when us three are at our best, there’s not many people that will beat us. But Peter’s still number three.”

“I was practicing with Rob Cross beforehand and I couldn’t miss. I was going 180, 180, I think my scoring game was alright but towards the end I was rubbish trying to checkout. I need a little bit of atmosphere, I don’t think there was enough people in the crowd that I need. I feed off the crowd. It was just a bit down,”

“I got here about 6:30pm, usually I give myself 3 hours. Then I’m close to 4-4.5 hours. You go out of your comfort zone, but I’m not blaming that. I was more than ready, just things didn’t happen when going for the checkout.”